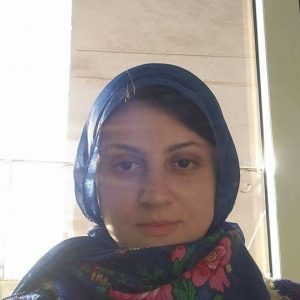 Riham Adly is an award-winning fiction writer and editor from Giza, Egypt. In 2013 her story “The Darker Side of the Moon” won the MAKAN award.  In 2019 she was long-listed in Brilliant Flash Fiction’s food themed contest and in 2020 her story “How to Tell a Story from the Heart in Proper Time” was a winner and was included in the 2020 Best Micro-Fiction Anthology. In 2022 her story “Two Peas in a Pod” won second place in the Strand International Flash Fiction Contest.

Riham’s was the first ever female from Africa and the Middle East to have a debut flash fiction collection published in English. Her collection “Love is Make-Believe” was published in November 2021 by Clarendon House publications in the U.K.

Riham has worked as an assistant editor in 101 words magazine and as a first reader in Vestal Review magazine. She’s worked as writing coach and developmental editor accepting mainly manuscripts by local writers whose English is their second language.

“As a female writer from the North-Africa and MENA region, my work has often centered on the injustices women face in this culture. I’ve tackled sensitive issues such as female genital mutilation, forced and arranged marriages, rape, ignorance, obsession with superstition, honor killings, and more. I’ve experienced firsthand here what it’s like to be treated like a lesser human being simply for being a woman. Men are entitled to alleged privileges falsely backed up by their sick interpretation of religion. Women continue to lose, comply, and obey. My main purpose was to give voice to the voiceless, be it women suffering their husbands and fathers, women suffering at the hand of other women deeply steeped in this hierarchy, and of course, there are the children growing up in this culture. Little girls in rural Egypt are forced to accept that at the age of eleven, their private organs will have to be cut and mutilated so a girl remains chaste and clean and deserving of marriage. Confronting such truth and speaking up about them was always met with vicious attacks, threats, demonization and of course, the claim that speaking up about women’s rights made us faithless infidels and disbelievers sometimes deserving death.

Personally, the results of speaking up weren’t always favorable. But I think I’m one of the lucky ones who got to speak up and express in my second language freely because the culture I come from hardly reads, let alone in a foreign language. But I did fall into the trap of the “victimization” mentality. I lived, talked, and breathed like a victim. I harbored a mean grudge against the world and my family for everything I believed I was forced to do against my will. The result was depression, suicidal tendencies, chronic illness, and back-breaking medical bills that ultimately prevented me from learning or any expansion in my writing career. I wore dark-colored glasses all the time, the world was an ugly place I didn’t want to live in anymore.

But there was something amiss in all this. Wasn’t writing, speaking up, and getting those stories out a kind of a superpower? It took me a while to realize that I wasn’t helpless. I now believe that it’s up to every woman— or human for that matter— to reclaim their right to living the best life possible, the right to living their best self as well. My symptoms started to ease when I stopped thinking like a victim. I realized that the narrative we weave into existence determines the kind of life we live. Storytelling was more than just a superpower; it is the base of creation. It’s always up to us, we all have that power. My mission changed, as it is now geared towards empowerment through the written word. I truly believe that receiving the Right to Write Award was no coincidence.

Read more about Writeability and the Right to Write Awards here.