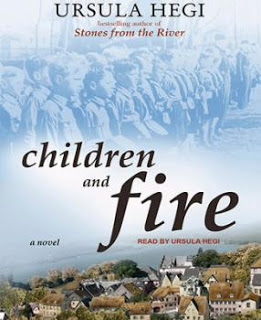 That’s right. Borrowing another writer’s structure and trying to stuff it with my own words.

Actually, I’ve been doing it all morning long…and I’m probably going to do it again tomorrow morning. It feels good.

It shouldn’t be a dirty secret, but part of me still feels squirmy making this much of my process public. Here’s the deal–we all learn by imitation. Sometimes that imitation is subconscious or very subtle. We pick up things when we read. We remember sentence rhythms, steal lines of dialogue, repeat a metaphor we’ve seen before because we like it in our own work. For the less subtle imitations, we often borrow first lines, use someone else’s title as a starting point, use another writer’s character as inspiration for a character in our own worlds. But in the final revisions, the rough edges of those imitations often (and perhaps must) get polished down. In the end, in other words, the writing must become our own even if we begged, stole, and borrowed to get there.

I’ve really been struggling with the novel this far because every time I sit down to work on it, I don’t believe in the direction I’m headed. Sure, I can meet my daily word count, but is the writing going to stick? Am I pushing in the right direction? I haven’t been able to tell. When I find myself on unsteady ground such as that, I always slow down the writing and turn to reading instead. For about a month or two, I’ve been on the prowl for a novel I can believe in…one that feels right, one that reads like an old friend, one that wows and nurtures at the same time, one whose backbone looks like something I might be able to walk around with myself for a little while. Last week, I found and devoured such a novel: Children & Fire by Ursula Hegi.

The novel centers around the events of one particular day in a small town, set in the historic backdrop of pre-WWII Germany. I knew I might have a chance stealing this novel’s backbone for use in my own because my story, too, centers around a shared event experienced by 4 different characters on the same day. It’s not set in pre-war, rather, in the middle of our current war in Afghanistan. Still. I felt I could learn something by watching how Hegi handled the story on the page and seeing what came back around for payoff by the end of the novel.

So here it is…my blushing first draft of a stolen backbone, shared on The Writing Life blog because, heck, we all have to start somewhere. I’ve never leaned this heavily on another writer before, but I’ve also never attempted writing a novel, either. It feels a lot like making the leap from throwing a bowl on the clay wheel (writing a short story) to making public art for a park downtown (writing a novel). But just a few pages into my imitation exercise, I can already feel the flow of my own writing style tugging away from Hegi’s backbone, and that’s reassuring. And I know in final revisions (if I keep any of this at all), I will have to go back and make some of the transitional phrases/lines my own. But for now, I’m off to a roaring start and feeling inspired again. That, more than anything, makes this exercise in imitation worthwhile. Here’s the compare and contrast. See if you can see what I’m doing here, and many thanks and praises to Hegi (who I’ve never met) for her obvious creative genius:

From the opening pages of Children & Fire, by Ursula Hegi (Scribner, 2011):

A winter morning in 1934. Imagine frost on the windowpanes of the schoolhouse in this village by the Rhein, milk blossoms of frost. Imagine the chill on the necks of the boys in Fraulein Jansen’s classroom. Feel their dread because today is the first anniversary of the fire that destroyed the parliament building in Berlin, a fire that has scorched their dreams in a whoosh of yellow and red, jagged and fast, so fast it’s like a whip, like a hot wind, clutching at timbers till they cave in.

“What if the communists burn our school?” the boys ask their young teacher.

“Will they attack our village?”

“Oh no.” She tries to calm them. “The fire happened far away from here. Hundreds of kilometers.”

“We are safe here,” the teacher promises her boys. And hopes it’s true.

They want to believe her. Because they adore her. Because she makes them feel proud. Because she gets them to laugh till their belly muscles ache. Because–and this they don’t know but will figure out as men, those who’ll survive the next war–she keeps the shutters open at night, even in winter, to feel moon on her skin. It takes a certain kind of teacher to do this, one who leaps and runs with her boys when she takes them outdoors.

“What if the communists burn my barn, Fraulein Jansen?”

“What if they blow up our bridges?” Otto’s voice is fearful.

But some of her boys look excited.

Thekla Jansen knows why. As a girl, she built bonfires with her Catholic youth group. The girls and their leader would sit around the flames, roasting potatoes and competing with stories about creatures that arose from the underbellies of their dreams. In the mist–stories like that are always more exciting in the mist–the girls would huddle closer, shout with delicious fear, lure the beast inside their circle of flames, and laugh at it till it faded away.

Andreas raises his hand. “The communists sleep on steel floors, not in beds, that’s how tough they are.”

“We have three cows, and if we can’t get them out–“

“What if they sink our ferry?”

The teacher rests one hand on the piano, against the glass frog house where Icarus lives. The frog’s heartbeat pulsates on every surface of his body, flashy and rapid, as if his body were his heart. Icarus survives on the dead flies the boys peeel off sticky coils of flypaper that dangle from their kitchen ceilings.

“I was afraid, too,” Thekla Jansen says. “Especially those nights after the Reichstag burned.”

And from this morning’s writing exercise in the Airstream:

A summer morning in central Afghanistan, 2010. Imagine Sergeant Nathan Morris in his barracks, the slow breath of sleep moving across his lips. He exhales with a gentle rattle, the desert moving inside his lungs. A sliver of sound added to the chorus of war booming from this Multi National Army Base in Tarin Kowt. See all the soldiers in Spartan Platoon now, snoring, stretching, shifting beneath the sheets moments before their alarms go off. 0700 hours. The tick of the second hand, the beat of their hearts. In an instant, they’re up and moving–separate in their quarters but preparing in unison all the same. Feel their superstition because today is the last day of their tour, a day they have counted on for nine months, a day too many of them never made it to. But Nathan has. The others have. They will complete this last mission and they will be done.

The men gather around their vehicles for instruction.

“What’s the first thing you’re going to do, Sergeant MOrris?” the men ask their leader.

“How long will processing take in Kuwait?”

“It’s bad luck, gentlemen.” He tries to calm them. “Don’t you know? Home’s a hell of a lot further than a day away. Now–to business…”

But the platoon is too amped up. Nathan feels their hope like static in the air. They’ve heard about guys getting chopped up their last day in country. They shouldn’t count down, red X’s on calendars like a harbinger of death. Some don’t get superstitious, the ones talking now. But others know better than to test chaos; John Boy with the baby face that got him his name, or Private Caldwell whose entire fire tiam exploded around him (their bodies were like petals, that’s how he remember it, like limp petals that fell on top of him and saved him from the blast).

“Now–to business…” Nathan repeats, and hopes they believe the stiffness in his tone.

They want to trust him. Because he’s gotten them this far. Because he makes them better than they are on their own. Because–and this they don’t know, should never know–he thinks of his own wife, Tenley, with every stomp of his boot heels, every gulp of water from his canteen, every swat at flies that cut his concentration, every cell every moment leaning closer to her. It takes a certain kind of leader to do this, one who splits his persona to get the killing done, keeping silent vigil for life all the while.

“Shit, at least you guys got homes you want to go back to.”

“I still have a home, but no one’s in it anymore.”

“My wife says she decorated already, hero banners and everything.”

“I still have two years.” This from Huang. Bless hime. Barely old enough to vote.

But some of the men look excited.

Nathan Morris knows why. In high school, he met with the recruiter who came to the assembly hall and gave the big presentation about signing bonuses and world travel. Nathan and his buddies would train on weekends using the high school track and an old set of free weights he found in the garage. Push-ups, sit-ups, a timed two-mile run. It helped them count down the days to graduation, to enlistment, to freedom. When they tossed their caps into the blue Indiana sky, tassels rioting through the air, he couldn’t have known that millisecond was all the freedom he’d get. From then on out it became his job to bring freedom to others. Eight years in and still, he’s not sure such a thing is possible.

John Boy gulps from his Camelback and looks at Sarge, expectant. “The mission, Sir?”

“Should you choose to accept it,” a voice bellows.

“Dude, I’m so stoked. Let’s get this motherfuckder done.”

“Get ‘er done.” The chorus responds.

Nathan walks to his Hummer and reaches through the window for his clipbard. Bulky and old school, he knows, but the clipboard helps him keep his thoughts organized. He flipts through the top pages, then curls his thumb under the bottom piece of paper. He lifts it quickly and steals a glance at the photo of Tenley and their six-year-old daughter Cissy. Their smiles have been pressed into the plastic board with clear packaging tape ever since Nathan’s first tour back in ’07. The Korengal Outpost, the tour from hell, those mountains that almost swallowed him whole.