My bags arrive 12 hours behind me the next day. I catch a ride with other members of the wedding party and we’re out of Seattle by noon. We have a 5-hour drive and a rehearsal dinner to be at by 6pm. Cruising outside the city limits, we’re at Mount Sai in North Bend in no time at all. Kevin, ever safe and attentive at the wheel, manages to drive smooth and swiftly at 80mph up and over the Snoqualmie Pass and through the Cascade range.

In such a blur, my landscapes start to criss-cross. I see evergreens whose girth reminds me of the doublewide trailers that speckle the hillsides back home. The simile doesn’t add up and it has everything to do with sleep deprivation. I look out to see the mountains, out and across—only to remember that here in the Cascades one must look up to see the mountains. As for looking across, typically only one row of mountains can be taken in at a time from the roadside views here. Back in the Blue Ridge, looking across yields row upon row of purple-hued, soft peaks.

At long last we clear the range and cruise along the Yakima River. It is here that the gold yellow and iridescent beiges start to spread across the landscape in rolling hills and low-lying cerebral folds of the Yakima Valley. I like it, but I’m holding out for the true gold: that of a Walla Walla wheat field in summertime. We cross the Snake River and enter the scablands, one of my top land formations. I failed to copy the “scablands” definition from Home Ground, which is much more poetic and culturally revealing, but in a pinch this Wikipedia reference will do:

“The Channeled Scablands are a unique geological erosion feature in the U.S. state of Washington. They were created by the cataclysmic Missoula Floods that swept periodically across eastern Washington and down the Columbia River Plateau during the Pleistocene epoch. Geologist J Harlen Bretz coined the term in a series of papers in the 1920s. Debate over the origin of the Scablands raged for four decades and is one of the great debates in the history of earth science. River valleys formed by erosion normally have a ‘V’ cross section, and glaciers leave a ‘U’ cross section. The Channeled Scablands have a rectangular cross section and are spread over immense areas of eastern Washington. They exhibit a unique drainage pattern that appears to have an entrance in the northeast and an exit in the southwest. The eroded channels also show an anastomosing, or braided, appearance. There are also immense potholes and ripple marks, much larger than those found on ordinary rivers. When first studied, no known theories could explain the origin of these features.”

If my college professors at Whitman were the voices of reason during my four years as an undergraduate, the scablands were the voices of unreason. Everything about them beckoned me off campus, as though the old Missoula was going to burst again and take me right along with it. Gladly, I would have gone. And for every ounce of romanticism and nostalgia that the day’s drive across the state offered, comraderie and cheek-cracking laughter offered twice as much in return at the rehearsal dinner and ensuing reunion.

I arrived at 9pm to a 92 degree heat wave in The Emerald City. 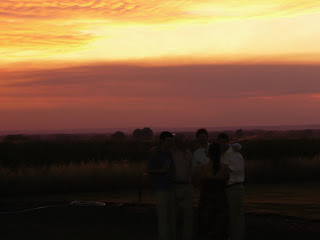 The wedding rehearsal took place in direct sunlight at 6pm in 101 degree heat. Behind us were vineyards, ahead of us were freshly harvested wheat fields, and all around us the Blue Mountains sat like the gently rising edge of a shallow bowl. 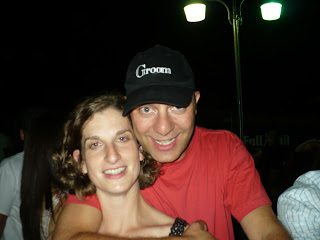 This is the groom, and most importantly one of my best buddies from college and the man who asked me to officiate his wedding this weekend. 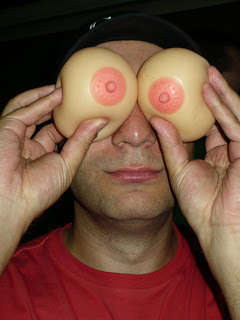 Just one of the reasons I love this guy. 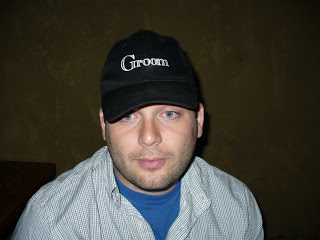 Not the groom, but super cute. Let’s just say the hat got passed around amongst the members of the comedy troupe (yes, they really were a comedy troupe). That’s the short version.