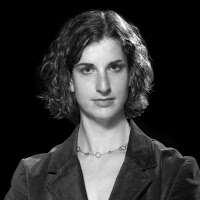 Katey Schultz will read from Ways of Light, her in-progress collection of short fiction. These stories have appeared or are forthcoming in Perigee, Driftwood, River Styx, Writers’ Dojo, Cold Flashes: Literary Snapshots of Alaska, and more. She has published nonfiction in numerous journals, such as Oregon Quarterly, Nature Conservancy Newsletter, and Southern Arts Journal. Awards include the Linda Flowers Literary Prize and writing fellowships from Jentel Arts, Virginia Center for the Creative Arts, and the International Art Critics Association. She will spend 2010-2012 attending residencies across the United States.
EXCERPT:
“There were six of them along the roadside—dead on impact—and I know because I am the mortician who tried to put them back together. Every morning, the sun pushes its steady pulse across the Blue Ridge Mountains as I drive past their roadside temple. Fake flowers for Miguel at the bend in Highway 27. Fake flowers for Raul in the same spot. Fake flowers for Eduardo, Manuel, Saolo. On the other side of the road, fake flowers for Mr. Burgess, rough silk petals blossoming in blues and purples like the bruises across their bodies, which would not come back to life…”
–from “The Last Thing They Might Have Seen”
Showing 2 comments