Words I Will Never Use and Why (Round 2)

0
0
milieu
This word is the evil cousin to the word oeuvre and, when spoken, smears a botox-petrified frown across its user’s face. This frown is the same frown people make when they realize they have stepped in dog shit. Try saying this word while smiling and you will quickly realize its only purpose is to make its speaker look strained.
expresso
This is not a word. If you go into a coffee shop and order an “expresso” may the gods have pity on you lest you be shot. It’s espresso, originating in the 1940’s from the Italian word “caffè,” literally meaning “pressed out coffee.” The misnomer that should never be uttered is a hybrid used by the misinformed, unappreciative fake-heads who think that espresso means “fast coffee” and therefore mistake it with the word “express.” 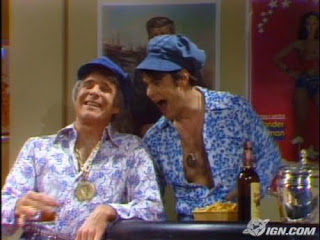 probe
This is a classic case of noun versus verb. Everyone knows that if someone uses this word as a verb, as in, “BP used underwater cameras to probe the ocean depths near the site of the oil leak,” the first thing people think of is not the action of probing, rather, the literal thing: a probe. Thanks to popular television shoes like Saturday Night Live, there is another word that immediately pops into mind along with the word “probe” and before you know it, awkward sexual connotations abound. Use of this word is, in all cases, ill advised. The thesaurus recommends replacing it with “search,” “investigate,” or “query.”