Words I Will Never Use and Why

0
3
oeuvre
Do you really want to sound like you are birthing a hardboiled egg through your mouth when you speak? That’s why you should never use this word.
cardigan
Even thinking this word makes me feel itchy. It connotes the socially oblivious, the unthinkably atrocious—a sort of emotional hives. In recent news, this author learned that the red cardigan policy for Interlochen summer dress is a dated and the offending item is no longer required.
hump
My initial trauma with this word occurred at the fragile age of 13 when my father turned to me and said, “I humped really hard today.” I blacked out on the spot and have never fully recovered. According to my father, in the sixties and seventies this word was used as a verb to imply “working hard.” He now employs it as his secret weapon word to win arguments, knowing that its utterance will render me speechless and fetal.
Conga
A proper noun referring to a touristy fruit beverage served on the shores of Zihuantanejo, Mexico. This author was corrected on the pronunciation of this word (“Coonga Katey, its Coooonga.”) an unforgivable number of times during a week-long vacation. 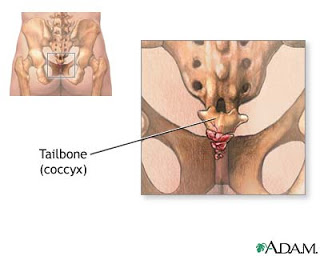 coccyx
Whose idea was this, anyway? It’s unfair to make anyone say the word publicly and yet the word is designed in such a way to impose itself upon the public domain. As in, “Cindy fell off her skateboard and broke her coccyx.” Even in the privacy of one’s own home, it seems unforgivable. Try saying it by yourself. I dare you. Coccyx, coccyx, coccyx. See what I mean?
[more soon…]
Showing 3 comments