0
4
Today I accompanied my uncle on my first ever visit to Gold’s Gym. He’s a Yale professor—not a bodybuilder—but he likes going to this gym, reviewed on Yahoo as “New Haven’s last hardcore gym,” because the population is vastly different than the people he encounters at work. My uncle is also 6’ 4”, all muscle and carrots. By contrast, I’m 5’ 10”, not all muscle, and mostly rice. 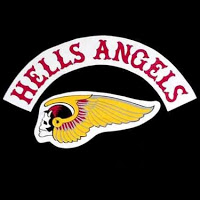 The fact that we couldn’t find parking in the already ample-sized lot should have been indication enough that something was different about this Gold’s Gym on this particular day. The array of motorcycles was our second clue. But even still, we strode up to warehouse-sized facility completely clueless to the fact that those motorcycles belonged to New Haven’s Hells Angels, that the extra vehicles belonged to family and fans, and that the wide-opened garage doors of the gym were to facilitate a “macho vibe” (according to the owner) for that afternoon’s Bridgeport House of Pain 1st Annual Powerlifting competition.
What?
That’s right: powerlifting. Little to no rules compared to other weight competitions. But still—some of these guys had biceps bigger than my head. There were more tattoos in that place than blades of grass on a golf course. Later, I learned that Bridgeport House of Pain is a sort of conglomerate for area powerlifters, offering training, events, advice, and even their own blog. Don’t ask me where or how the Hells Angels came in, but they were there, badass leather logo vests and all. I jogged on a treadmill on the open loft above the event while, down below, a handful of them posed for photographs with the winners of the event. “No, no, man, turn sideways,” one man said after smiling for a photo. Then the Hells Angel turned sideways, back angled just-so for the camera to pick up his logo. He flexed. Cameras flashed. In a nearby corner of the gym another man with tattoos over his entire skull signed autographs over his own, glossy face. He kept only a 2×2 inch area of hair growing from the base of his skull, sporting a two-foot long ponytail.
When the awards were all said and done, I wondered what it would be like to spend a day with a Hell’s Angel. Maybe even a week. What makes him Hells Angels quality? What’s the motivating factor? What’s a Hells Angel look like when he’s trying to fall asleep? What’s a Hells Angel’s kitchen sink look like? Why isn’t there an apostrophe in Hells?
The gym was ferociously hot. I beat the crap out of myself in my workout. Yet my mind was racing with story ideas: A short-short about a Hells Angel. A personal essay about the Hells Angels, right? Putting this one down on the list for sure.
Showing 4 comments