Advice from a Pro

[The Hofbrau this winter] 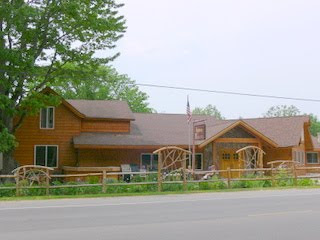 [The Hofbrau this spring…]
It’s not even five ‘o clock, but Leon Hammerhead and I are on our second round at The Hofbrau and he’s telling me to keep doing exactly what I’m doing. “You’re on the right course. You’ve just got to be patient.”
That’s when I tell him about the prize that came with an invitation to submit a full-length manuscript of fiction. I tell him I only have 130 pages, that it’s slow and steady, that it’s all still in progress and that some of the stories don’t even feel like they belong in the same collection.
“There’s pros and cons to think about when you’re putting together a collection,” says Leon. “They don’t all have to take place in the same landscape, for instance. Some writers do that and they can do it well. But it runs the risk of staining all the stories with the same patina. It runs the risk of getting repetitive or limiting…On the other hand, if you write with too much diversity, your readers won’t trust you. It can start to feel like you’ll take them anywhere, anywhere at all, and that’s not necessarily a good thing either.”
“I think I see what you mean,” I say. “For instance, I have a story from the 1st person perspective of a young, Mexican immigrant girl and another one from the perspective of a laborer in Antarctica.”
“Exactly,” says Leon.
“And I have full-length short stories and I have short-shorts,” I add.
“Right, which has been done, but not—in my opinion—without an extreme sense of interruption.”
“Fair enough. What else?” I ask.
“Don’t publish too soon. If you do it will haunt you and there’s no going back.”
“What do you mean?”
“I mean some writers get an offer early and they take it because they’re breathless to have a collection. As I heard one man put it, ‘As soon as that first book comes out, the writer feels about as excited as a teenager with a case of the clap.’ In other words, if you do this too soon it’ll out-six you. It’s what people will hold you up to after that and it’s not something that you wan to look back on and say, ‘Well, it wasn’t as good as it could have been but I took the offer anyway.’”
“But I don’t want the publisher to think I’m uninterested,” I say.
“Keep in touch with him. When you get good news, write to him and let him know. Remind him that you’re still working and you still intend to send him your work. Keep him in the loop,” says Leon.
It’s all advice worth listening to. But soon enough, our third round of drinks arrives and we’re catching up about friends from Pacific University, the last residency Leon taught at, and a few stories that are just too damn good (and personal) to repeat. Leon wants to know about Alaska, he wants to know about the train engineer, he wants to know why I’m going back. He wants to know what next and what next after that but, first things first, he wants to know when my next reading is (THURSDAY NIGHT, 7PM, INTERLOCHEN CAMPUS).
“I have no doubt in my mind,” hey says. “Just keep doing what you’re doing. I believe you’ve got a pretty darn good thing going here. Just keep it up.”