0
0
It’s been fascinating to explore the nuances of this little cabin as each day here in Fairbanks unfolds. Last week, we found a pie pan and made wild raspberry cobbler. We also discovered a stack of roofing and flooring ends, perfect scraps for splitting kindling needed for our early morning fires. Yesterday, I found lemon juice left by a previous resident and, after inspecting the label, used it for a special ginger sauce I like to mix with quinoa.
Much of this rustic cabin lifestyle feels like home. It’s how I lived for quite a long time. But the nuances of an Appalachian shelter-converted-to-cabin and an Alaskan variety of the same, are quite distinct. In the cabins I spent time at in Western North Carolina, door handles might have been sliced from thick branches of rhododendron. Hand-forged wrought iron handles made by a friend were quite common as well. Here, a more logical handle might look something like this: 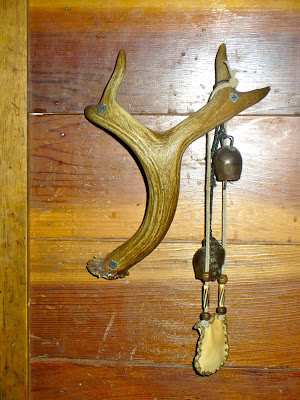 [Caribou antler]
Likewise, relics, handmade objects, or magical offerings from any number of Native tribes might adorn the space: 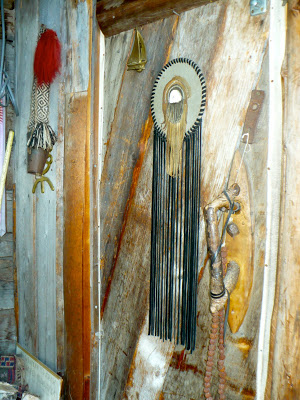 [Front door adornment]
I’m not sure what that is, but things like it seem to be tucked into every nook and cranny of the cabin. An Alaskan Native or resident could say a lot more than I can. For my part, I enjoy imagining what each offering might mean and letting that mix a little with the mystery.
Ultimately, it’s the little things taken from or inspired by the land that lend a personalized, localized quality to a rustic cabin. In WNC, everyone I knew had piles of stones and hunks of mica sitting in windowsills or lining a favorite ceramic bowls. Hemlock pine cones, too, made for a common relic, as any WNC resident knows the species is dying out due to the deadly invasive beetle. And while Mason jars don’t mean much more than food storage, Mason jars in Appalachian cabins mean moonshine.
Here are some additional decorations around the cabin that seemed particularly “Alaskan” to my eye: 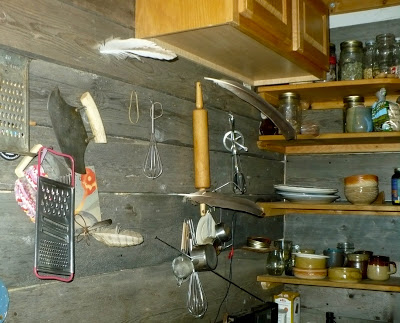 [Eagle feathers…Now, if I could just find a feather from that Great Horned Owl we heard and saw two nights ago!] 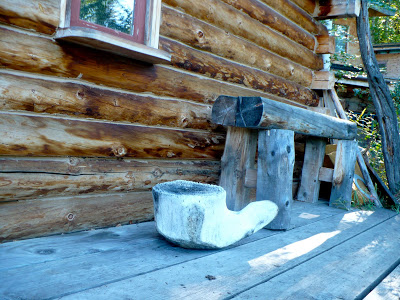 [Whale vertebra bone used as a stool. It’s massive…and that’s only one of them!] 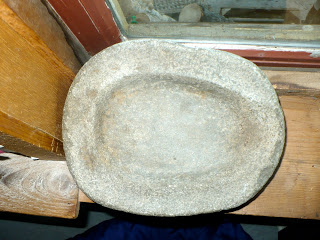 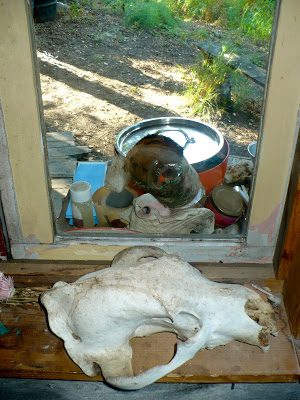 [Grizzly bear skull! On the other side of the glass, a round of paper birch bark is being fitted over a glass jar. Later, it will be made into an all-bark container for pens or utensils or other odds & ends.] 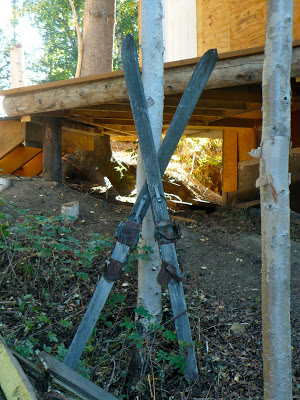