0
0
I’ve been walking the bluff trail for 3 miles every day, getting acquainted with the views, charting the Nenana River, and scanning for wildlife. There aren’t any other cabins for a mile-and-a-half along the west side of the highway, and those folks aren’t home anyway. So I walk alone, in silence, quiet with my thoughts. 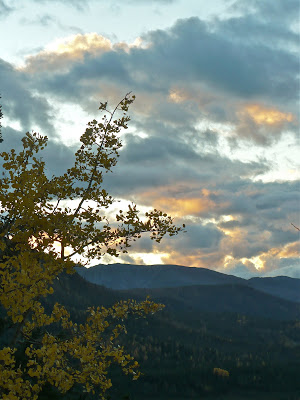 But yesterday afternoon, as the sunlight poured through the aspens and the reindeer moss cushioned my steps, I heard a stick snap. And then another. Big sticks, breaking as though crushed by a heavy weight. I stopped in my tracks, not quite afraid but definitely on full alert. The branches shuddered about twenty feet ahead of me and a creature leapt forth, shaking the rocky boreal soil with a penetrable thud.
Just as I was thinking grizzly (which have been spotted on this trail), a boxy black dog wriggled and pranced in front of me, triumphant and drooling. Not far beyond him I saw his owner, a blonde-haired blue-eyed late-twenties male crouched on a knoll of cranberries, picking to his heart’s content. He called to his dog, then looked at me. We both stood speechless, equally startled by each other’s presence in the forest.
From this moment, a single simile sprang forth into my mind: Alaska grows Carhartt-wearing, handsome mountain men and as readily as cranberries. The key to survival is remembering that both are tempting for much longer than they are ripe.
We talked berries and bears, then apologized for spooking each other. The berry-picker mentioned a stand of blueberries up on the ridge near Milepost 22u, just down the road. “The frost holds in the valleys first,” he told me. “But if you climb a little higher, you can still get a few pints before they’re all done for the season.” I didn’t tell him where I was from or where I was going, and he kept his destination equally private. Just two people, sharing the same patch of land for a short moment. It seems a simple way of relating in Alaska, since if you get to talking, it’s likely to take a few hours of explaining how and why you got where you are.
Neither one of us mentioned the fact that we were trespassing on Ahtna lands. Walking is permitted on this bluff, but visitors are supposed to buy an obscure $50 permit to do so. I support that fully—but I don’t have a car to drive the myriad miles to the permit office and I’m not here for very long as it is. That said, it’s still a Class B Misdemeanor requiring 90 days in jail and/or $1000 fine.
Half an hour later, I returned to the cabin at Milepost 22x and set out with two buckets to collect rainwater for dishwashing. I found the water that I needed from the barrel beneath the gutter, but I also found a drowned red squirrel floating on top. The entire bucket of water—my dishwater and shower water for the next week—was contaminated, not to mention the barrel itself. I hauled it off into the woods and dumped it. In the morning, I’d call my other writing friend—conveniently one mile away at Milepost 22y—and get some advice.