0
3
Last night I asked around at Lear’s pub in Enterprise about the ghost herd of elk. Today I asked the Joseph librarian. I can’t get consensus on whether or not the story is a “white man’s story” or an Indian story. Mind you, some of these differences still matter here. Only five years ago, a local high school football team’s mascot was THE SAVAGES (they’re now called THE OUTLAWS). Only twenty-five years ago, the Nez Perce were referred to as “the red man” in the Wallowa County Chieftan and in books published by Oregon and Idaho presses. And of course 100 years before that, what was then called the The Daily Oregonian used the same term.
But what seems universally agreed upon is that the ghost herd of elk “lives” in the bottom of Wallowa Lake. It must be getting crowded down there, with the sea cow taking up so much room, but the elk roam and so, most of the time, there’s room enough for all. Apparently it works something like this: the herd is spotted first by the light of the moon reflecting off their teeth. But not just any tooth, exactly. Rather, it’s the single ivory tooth located in the back of every elk’s mouth (this is actually true).
If I had to guess, I’d say that when people talk about the ghost herd of elk they’re referring to the native elk of the Wallowas that were virtually killed off with the coming of the early settlers. Today, “nonnative” Rocky Mountain elk are abundant in this region, thanks to a man named W. E. Leffel, the Wallowa County game warden in 1912 who helped 30 of this species travel from Jackson Hole, WY to Joseph, OR. 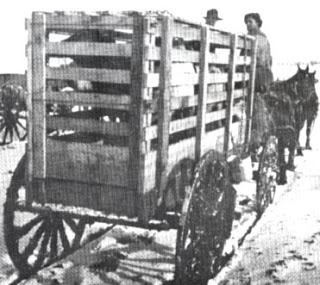 The select Rocky Mountain elk were hauled 90 miles from Jackson Hole by sled to Buhl, Idaho. From there, they were shipped by train to Joseph, then hauled further by sled and wagons to the Billy Meadows pasture. Eight elk died during the process, but by and large reintroduction was successful. Just twenty years later there were 12,000 elk in the state of Oregon, 3,000 of which were in Wallowa County.
Showing 3 comments