0
5
Today I received two more rejection letters, one from a place that would have kept me in the South (sorry, Mom & Dad) and another from my #1 choice in independent publishing: Graywolf Press. The first one was easy to take—a professorship I didn’t fully want because of its full-time course load. The second one hit hard. 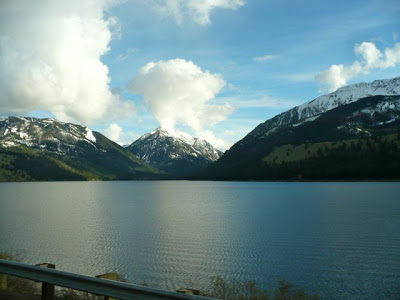 I opened the message and read slowly. I was close. So close that the editors used the word “offer” and “commit” in their personal letter to me. They’d read it closely, said there was a lot to “admire” in the work. But that ultimately, they would not be able to make me an offer. They wished me luck. It was all very sincere.
I stood from my desk and didn’t want to think about what to do next. Before I knew it, I was dashing upstairs, changing into bike clothes, and pedaling hard toward the head of Wallowa Lake in under five minutes.
A twelve-mile ride ought to do anybody good, especially the way I was feeling in that moment. I made it there in record time, and felt a sudden chill come over me as I realized a storm was rolling in; gray clouds, a few drops of rain, and the smell of smoke from nearby chimneys. It’s a different world there at the head of the lake, tall evergreens blocking sunlight and a constant breeze rumbling down the mountains in competition with wind-tunnel breezes of the lake. I hopped off my bike to check out the old dance hall and felt the eerie calls of times past. Still, no matter how hard I pedaled, no matter how cold I felt, no matter how much I tried to lose myself in the wood grain of that haunted old building, the Graywolf letter stayed on the tip of my tongue. 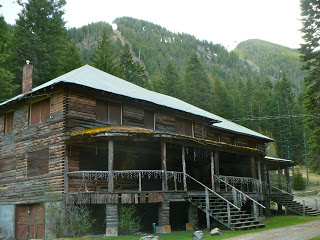 On the way home, I had to try and beat the storm. I looked up at the sky, a bipolar array of blue and gray, and hit it hard for the remaining six miles. With the raindrops at my back and the lakeshore straight ahead, for a brief moment there was nothing in between but the beating of a writer’s heart. 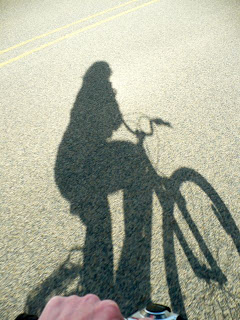 There are two ways to look at this: that my writing isn’t good enough for mid-sized independent presses (I’ve been rejected by six of them, after all) or that my writing is good enough, but mid-level independent presses are not and can not take publishing risks in this economic, digital-print climate. The three personalized rejection letters from publishers I’ve received so far lead me to believe the latter. There’s nothing wrong with aiming high, so rather than be defeated by this run of rejections, I’m going to raise my standards. That’s right. It’s completely counter-intuitive, but the votes of confidence I’ve received from nationally known writers who have heard part of or read all of my manuscript tell me that I’m not completely nuts. If I don’t try now, I’ll always wonder.
New York City agents, here I come, fool or no fool. If a string of “No’s” comes back, it won’t be anything I haven’t heard before and I’ve got other places to submit in mind should that occur. Meantime, I’ve hired a publicist to draft my pitch and marketing scheme, targeted a list of top 10 agents (all recommended from direct connections), a back up 13 different agents, and then a list of university press book prizes to submit following all that. Here goes everything!
Showing 5 comments