So You Think You Can Dance?

0
0
I have a confession: I’ve lived without television for more than half my lifetime, but every once in a while I get wind of a show that makes me stream, borrow, or burn whatever it takes to watch the next episode. Living on Faculty Lane this summer at Interlochen, my housemate (who lives here year round) has a 52-inch HD wall-mounted television screen.
Any given Wednesday or Thursday night you might see us laughing, toe-tapping, crying, or dropping our jaws during the acclaimed reality TV show, “So You Think You Can Dance?”. This show is currently nominated for 8 Emmy Awards, 5 of which are for choreography. Relatively simple in concept, what keeps me coming back again and again each week is the sheer athleticism, innovation, and beauty of the dance routines performed. (Example: this lovely take on an old theme or this incredible duo dance from two power-house young women in the competition.) 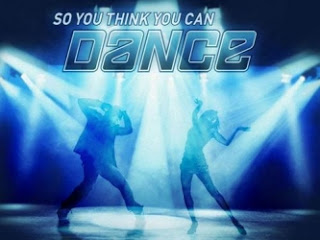 As the contestants are narrowed down from 20 to 10 and eventually to 1, finalists have to perform several more dances each show. Working with all-star partners as they train each week, they only get 7 live hours with world-class choreographers (spending the rest of their rehearsals with assistants or training individually). When the lights go up for that week’s live show, these dancers thrill and persuade and move and impress millions of viewers around the world with what they can do. Likewise, they take constructive criticism from the judges in front of a life audience, challenged to grow and improve themselves in a very public setting.
I’m not a dancer. I loathe what most reality TV shows have done to modern culture, the presence of TV in most homes makes me angry, and I have a hard time sitting still long enough to do anything other than write or read. BUT…there’s something about this show—the bravery and beauty of it, the high standards and the physical strength required, the humanness of each individual dancer that’s revealed each week as he or she takes on a new challenge.
And when I get up from the couch at the end of the show, I feel as if I’ve been somewhere else. In a way, it feels like being told a great story about a planet far, far away—one where everyone tries their best and thousands of people cheer them on. And stories, after all, aren’t too far off from what I try to make my life about, too.