0
1
R’s daughter picked me up in the four-wheeler the other morning and I got to help feed the bison. The only way to illustrate this is photographically, and I’m not sure even that can do it justice. Suffice it to say it was a sensation never before experienced: You’re on a four-wheeler, rolling through water and grit, and you crest a small hill. As though synchronized through one gigantic set of lungs, 30+ bison swivel their triangular heads your direction and audibly exhale at the same moment. Then they start running. Right. Towards. You. 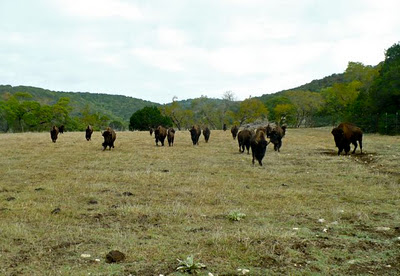 In an instant, they’ve arrived. 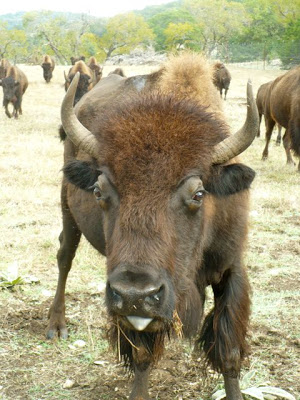 It’s fantastic, really, these ridiculously large mammals with bouffont hairdos and flat faces and foreheads big enough to build a house on. My immediate response is to laugh, though every cell in my body said flee. R’s daughter is hardly phased, moving around the four-wheeler with ease, handing me a bag of feed. I did, after all, insist on helping. And once I get over the chest-rattling, utterly earthly resonance of 30+ bison saying “I’m hungry” at the same time, I coordinate myself enough to scatter some feed. The sound of their chewing is no less intimidating. I get off the four-wheeler and marvel at the beasts for a few moments. It’s shocking how oddly shaped they are, how thoroughly large, and how each is truly different from the next. Can a head really grow like a triangle? Can a body really look two dimensional from one angle and gargantuan from another? Apparently so.

Next, she takes me to the ranch manager’s digs, where show pigs have been delivered just this morning. The largest one, a Hampshire, is fat and loud and his eyes are circled so tightly with flesh I wonder if he can see anything at all. But he’s actually a little cute. And as I come to discover, downright silly. 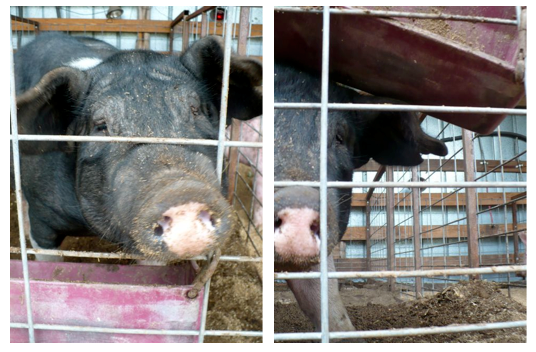 Oh, and there are rescue fawns, too, their noses feel like wet salamanders and their teeth nibble like a toddler’s. They’re so tiny you could mistake them for figurines. Compare the size of my thumbnail to this little one’s nose. Notice the crooked posture of the one in back. I wanted to stuff one into my pocket and take it back to the Lake House! 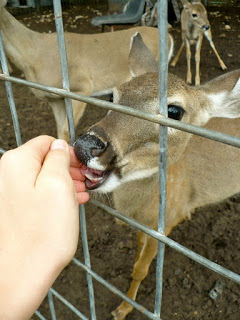 An hour later I’m back at the desk, head spinning. And that’s a good thing. My character awaits and time is running short here at Madrono. Back to work before I have to hit the road. It’s been short, but in no way shallow. I hope some day I get to return.
Comments