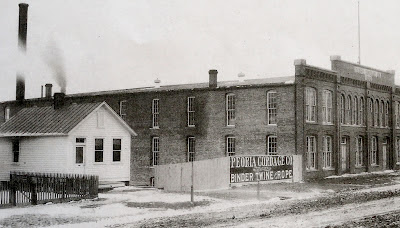 Short and sweet, author Jerry Klein’s description of the old Cordage Building where Prairie Center of the Arts and our studios now reside, sums this drawing up nicely:
“The Peoria Cordage Company, for years a prosperous presence on SW Washington (the building still stands), declined with the decreasing use of hemp-based twine. It had its beginning here in 1888 when Edward Heidrich moved his rope and twine business from Ohio in a joint effort with Martin Kingman. The owners employed 225 and turned out 700 tons of twice annually. The company, which went out of business in 1975, claimed in 1948 that it made enough binder twine to wrap a double strand of it completely around the earth. It also supplied the ropes used for twirling lariats in the famous Buffalo Bill Wild West Show. The hemp used in its twine was imported from the Philippines and was a product of the manila tree, part of the banana family.”
But like any old building, and certainly one of this size, the real magic lies in the stories behind the facts. I took some time to poke around upstairs the other day and found the space delightfully haunting–bricks faded to all variations of reds and browns, fat timbers with steel armatures lending industrial-strength structure, an old scale that clanks a hollow sound of authority when you step on it, and even a former resident artists’ installation (an ode to a ghost–something I’ll need to learn more about). Here are a few snapshots I hope to be able to report on with some detail in the coming months: 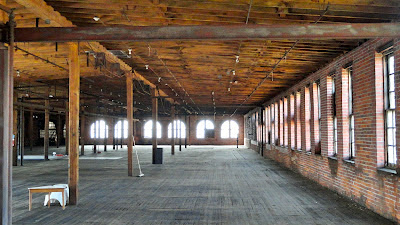 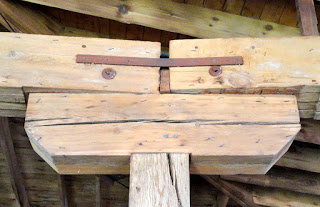 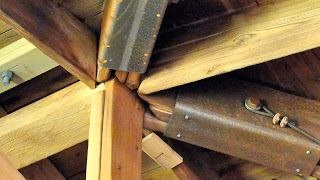 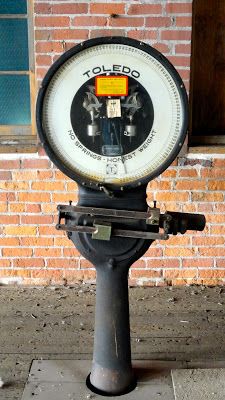 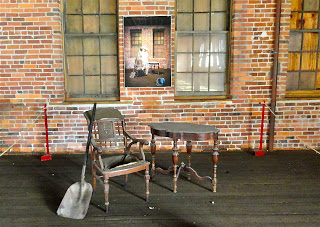