0
0
Based
on this year’s 33 books read, I’ve chosen 5 that were grand slam hits
for me. Making the Top Five doesn’t always mean a book is “perfect” or
“a page turner.” When I read, I read like a writer. I’m constantly
conducting an informal study of how other authors pull off certain moves
that I’d like to emulate, that I find intriguing, or that I’ve never
seen done in a particular way before. Likewise, I’m always on the
lookout for something that is so powerfully written, the analytical part
of my brain almost shuts off and I get lost in story. Thanks to
graduate school, sometimes I can go for years without finding a book
like that–after all, I paid to become professionally trained at
dissecting every last participle on the page. But I can say that the
magic combo of factors which make something “powerful” is dependent in
large part on timing and perspective; what is breathtaking and
mind-blowing to me one year, might seem old hat a decade from now. I’m
okay with that.

When
it’s all said and done, we read books to find a little of ourselves
within them, and who we are is constantly changing. It only makes sense
that some years a book will strike, and others it won’t. Given that, I
can still say there are a few salient features to a story that takes my
breath away: complex and fallible characters that reveal their depth
over time, descriptive language that bursts at the line-level and arc
level with both metaphor and sensory detail, and unforgettable
circumstances that might have otherwise seemed mundane. With that, in no
particular order, here’s this year’s Top Five:

1. Plainsong by Kent Haruf: Talk about conjuring a world…this unforgettable novel
is one of many by this author who brings to life the residents of
fictional Holt, Colorado. Haruf is a master at the art of exclusion,
dropping just enough descriptive detail into a moment to keep the reader
curious. He can describe a dimly lit room with a woman sleeping in it
in such a way that you get the sense that woman has an entire history
all her own, and if you just keep reading, you’ll come to know that
history and never see that woman or that room in the same way ever
again. Without high drama, Haruf conjures emotions so distinct, genuine,
and of the earth that you’ll swear you’ve been to Holt, heard the
rumors, voted in town elections, and fought for what you believe in. Can
I say this without sounding cliche? This book is a masterpiece. 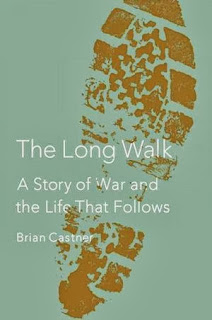 2. The Long Walk by Brian Casnter: Hands down, the best Iraq war memoir that I’ve ever
read. Keep in mind, I’m reading for insight into the deeply personal.
I’m reading because I’m interested in the shifting nature of identity.
And I’m quite technically and personally obsessed with how people react
to circumstances that seemingly have no appropriate response. If I was
reading for history, tactics, or on-the-ground reportage, I’d point
readers toward something else (such as Kaboom by Matt Gallagher or Horse Soldiers by Doug Stanton [Afghanistan]). But three years into war literature,
this was the book for me and it came to me at exactly the right
time–after Flashes of War and before deep revisions on my
novel-in-progress. I can’t say Castner’s own insights (which are real,
remember–this is memoir) are impacting my use of character development
for fictional Nathan–not at all, there’s no replicating what’s so
authentically Casnter’s–but I can say that Castner’s
self-reflection and honesty have given me confidence to
narrate through some of the more internal or uncertain moments of my
charcater Nathan’s fictional experience. Also, as a teacher of memoir, I
read this book and sensed immediately that Castner is an intuitive
writer. He’s not “professionally trained,” as they say, though I bristle
at that term. What I’m trying to say is, this memoir strikes an
enchanting balance: it’s clearly something that needed to be said in
exactly the way that Castner said it, and I have a feeling Castner was
the only one who could have done it. I’m so glad he did.

3. Olive Kitteridge by Elizabeth Strout: This might be my first ever Oprah Book Club Top Five book, let alone such a massively read book on my yearly list. Here’s my review on Goodreads. Let’s just say, at the line level and in terms of character development and believeability, this book had moment after moment that burst off the page. 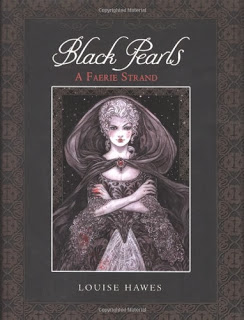 4. Black Pearls by Louise Hawes: Here’s an example of being in the right place at the
right time. I was sitting on my couch in the Airstream, reading a stack
of Louis Hawes’ books in anticipation of introducing her at the 2013
Interlochen College of Creative Arts Writer’s Retreat. I picked up Black
Pearls, more for “teen readers” (if you believe labels and shelving and
marketing), and I couldn’t put it down. “Cinderella” from the perspective
of Prince Charming? “Snow White” from the perspective of a pervy little
dwarf? “Hanzel & Gretel” re-envisioned? Yes, please. These are
the kinds of stories that you read and wish you had written yourself.
They’re delightful, surprising, dark, beautiful, and imaginitive. Best of all,
they’re not dumbed down. The lessons on the nature of humankind ring
loud and clear through Hawes’ natural gift for storytelling and use of haunting, precise, metaphors that simultaneously create vivid images and distinct emotions. Buy this book for a friend, but read it first yourself. You’ll tear through it and never forget it.

5. Jesus’ Son by Denis Johnson: Like Salinger’s Catcher in the Rye or Kesey’s Sometimes a Great Notion or even Hemingway’s Nick Adams Stories, Denis Johnson’s Jesus’ Son creates a delicate, grotesque, underworld from the fringes of society in a matter of pages. While Johnson’s world might not be as pretty as Hemingway’s, it’s precise and sparse in the same ways. How can a writer conjure so much depth in so few words? With so few curliques and tricks on the page? It’s a rhythmic, gritty, kind of thing and I don’t quite have the words for it but I know it when I see it. Author Thom Jones can do this, too, and Steve Almond’s older work (My Life in Heavy Metal) nails this as well. In Jesus’ Son, readers get to follow the same narrator from story to story, binge to binge, and even from stalker to sobered up and through this Johnson has written a world that makes it hard to deny how fragile and strange human beings are. We are a weird, harmful, and gentle species. That sentence seems impossible. Yet Johnson’s writing makes it true…and in so doing, helps us see a little more clearly into the human predicament.

I’ll offer an addendum by saying that Just Kids,
the memoir by Patti Smith, came very close to making the Top Five, but
ultimately did not because I found that her ability to step back and
reflect on the experiences she shared was lacking. To do this in the
middle of her chapters would have broken the trance she so aptly
created–especially because so much of the tiny art world she described
and took part in was selfish and self-referential. Interrupting that and
reflecting might have shattered the glass around the world Smith worked
so hard to construct. But an epilogue could have provided reflection
and further meaning or context, and that’s what this reader needed for
the coda of Just Kids.

Another close second was The Wilding by
Benjamin Percy, but believability, unresolved/unconvincing character
development, and cheap tricks of convenience with the plot (especially
in the last 1/3 of the book) ruined this one for me. Percy was a writer
I’d followed diligently until the end of The Wilding. And if you haven’t read his short stories, Refesh, Refresh,
you should absolutely do so. But now, despite the fact that I like the
guy, know his little sister, and think he’s written some of the hottest
sentences of the last decade, I have a strong resistance to picking up
his next book, Red Moon–let alone reading it. If you’re into
genre benders, line-level circus moves, or learning about craft through
the highs and lows, he’s an absolutely great writer to study and
dissect.

Two final thoughts about books that didn’t make the Top Five, but could have: To Embroider the Ground with Prayer
is one of my favorite books of poetry. It simply didn’t make my Top
Five because I read and write prose, and therefore am more apt to select
those as “favorites” because I’m actively learning more from those
writing in my form (lately, at least). But poet Teresa J. Scollon is a
force to follow–a graceful, witty force–and certainly an author whose
body of work I will follow for years to come. Last, A Few Short Sentences About Writing
didn’t make the cut, but if I was writing a Top Five for books on the
craft of writing, this would be the #1 book on writing…that I’ve ever
read. So if you teach writing, this is absolutely not to be missed.