0
0
Ten days ago, I hit a wall with the plot of the novel. Since this is my 4th revision, I know how the novel is going to end, but I’m fine-tuning how I’m going to get there. (To be honest, I’ve known how the novel would end for several years, but efficiency has been a challenge for me.)

The first issue I ran into was technical, so I emailed my war lit author friend Brian and asked: “Would it be possible that a platoon could be headed into a valley (in Humvees) on a day-long mission and that a special ops convoy could be headed to that same valley, without knowing it? In other words, could they run into each other there and not be too entirely shocked to find they’d both been sent to the same place, for different reasons? There’s not going to be a friendly fire scene. It’s something else entirely. But first I need to know if it’s possible this could happen..” He replied and told me about Blue Force Tracker, which I had no idea existed. 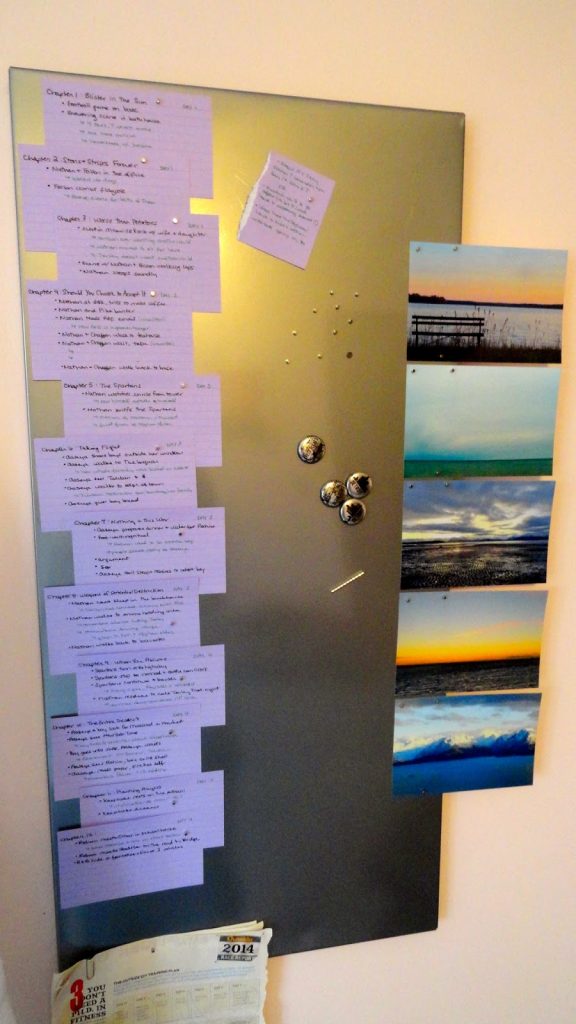 Next, I had to find out what things might look like with an IED, depending upon who got there first. I asked Brian again: “So let’s say the special ops guys roll into the valley first, and they disarm and IED en route. What would that spot–that physical piece of dirt road–look like after the IED has ben disarmed? I need to know because I think the “regular” platoon guys and their convoy are going to roll into the valley after the special ops guys disarm the IED and I want to know what the regular guys would see that would tell them someone with skill has disarmed that IED. They can see the blue dots via Blue Force Tracker on the GPS so it’s no big mystery or anything, I just need to be able to describe what they see so they know it’s disarmed (and also so they still get a little creeped out, because the road was supposedly cleared the  day before and this mission they’re on is supposed to be a breeze).” Of course, the answer depended entirely upon how much of a hurry my characters were in, and also if they had an EOD (explosive ordnance disposal) guy on their team.

And onward down the rabbit hole I went…

Was I being lazy? Getting derailed and distracted by upcoming travel and holidays? Letting my plot get too complicated and my ideas get the best of me, failing to write through the barriers? It was difficult to tell. After two mornings of failed chapter attempts, I set the work aside for 4 days. When I came back, nothing felt right, so I printed my entire 4th revision to date and read it through from beginning to end–something I hadn’t done yet. This resulted in chapter outlines: 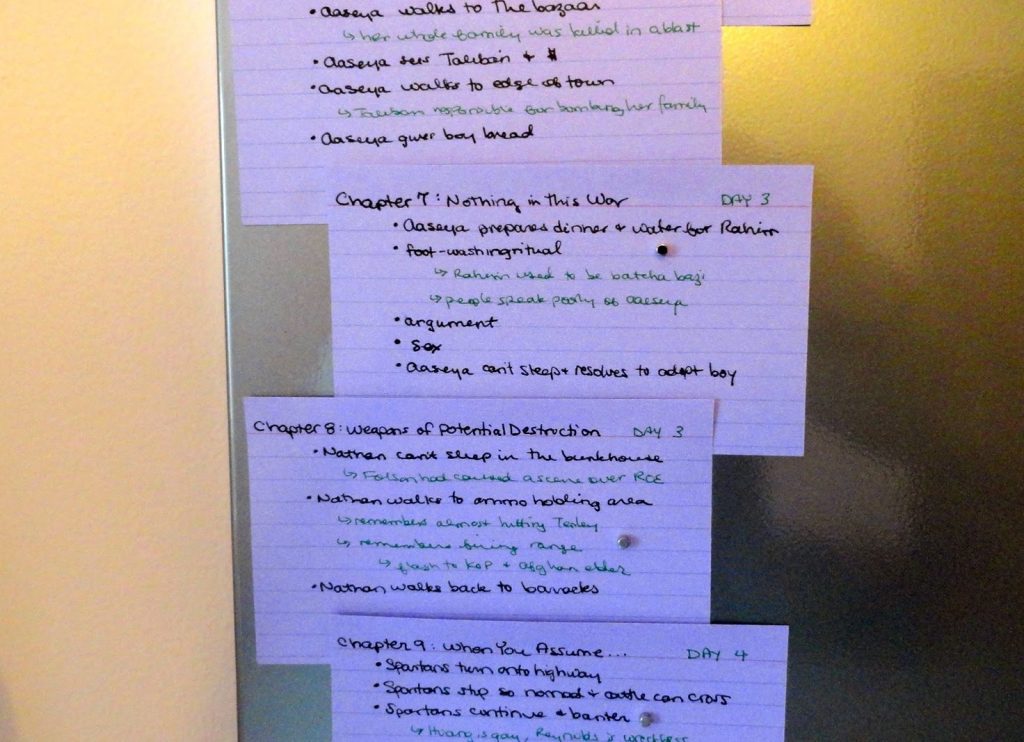 It also resulted in a path forward. Staring at the cards, I got out my journal, moved away from the desk to physically put myself in a different perspective, and jotted potential ideas and outcomes down on the blank pages. Eventually, I settled on an outline I can follow, loosely, to get to the end of the book. I think. I still don’t know exactly how it will all come together, but I know I can write that next chapter. That’s more than I could say 10 days ago. 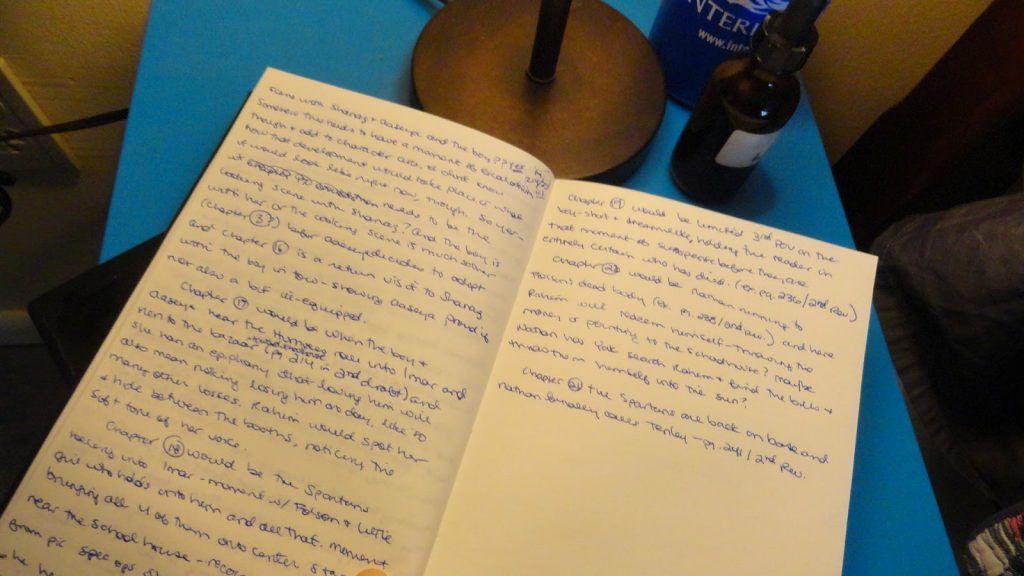 It’s also worth noting that when I printed my pages and read them from start to finish, I did this in away from my desk as well. I sat at the kitchen table, an entirely different place in the house with an entirely different feel. That’s subtle, but it’s powerful. If we want to think differently, we have to be different. Changing up the process in even these small, accessible ways can invite ideas that may never before have come into being. I certainly believe in the power of these possibilities.