Budo from Heart to Heel

0
0
Life at the dojo has been full-bore these past few weeks. To prepare for my sankyo test (brown belt), I come an hour early on Tuesday and Thursday nights to train with Hanshi. Since his daughter Sienna left, he no longer has a Sempai (first student) on weekdays and has asked me to take on that role. This means I attend the kid’s class and assist with the white belts so Hanshi can work with the other ranks.
As stand-in Sempai, I arrive at the dojo a little before 5pm and don’t leave until about 8:30pm two nights a week. Saturday mornings, my time commitment can range anywhere from 1-3 hours, depending. If Sensei Nate is there, he is Sempai because of his rank and I gladly submit. Either way, we both help with shoji, or ritual cleaning of the dojo. This usually happens on weekends and is sometimes as simple as sweeping and other times includes carrying in wood, offering to clean the bathroom, or moving any array of mats. 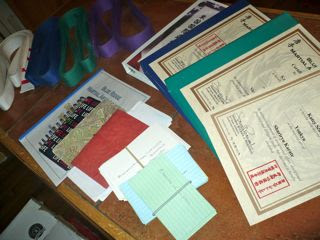 [1 year, 11 months, and 2 days of this karateka’s notes and achievements.]
Outside the dojo, any good karateka knows there are more responsibilities. In the case of Shuri Ryu Karate and Shintoyoshinkai Jiu Jitsu, these responsibilities are threefold. First, I must cross train at least three days a week (cardio and weights). Second, I must keep a journal of new concepts learned in class, as well as Japanese words and extensive lists of all the major principles and identifying features of the systems. Third, I must practice kata (forms) and kobodu (ancient martial weapons) to work the kinks out of whatever technique we examined in class.
Last, there is the expectation that all of this work is not simply the work of someone who wants to get fit, rather, it is budo. Budo translates to “martial way.” Budo is characterized by the highest and best use of our mental and physical abilities (sieryoku) and by applying maximum efficiency with minimum effort (jitakyoei). The highest principle of budo is the notion that gentleness conquers force. A good karateka may spend hours a day fending off imaginary attackers or perfecting the art of bone breaking, but when it comes down to it the essence of this art is not in its ability to destroy or cause pain. The power of budo lies in its ability to transform a person from head to toe, from heart to heel.