A Different Walk Down Memory Lane

0
1
I put on my “summer blues” uniform this afternoon and walked to the campus mailroom. Signs of summer greeted me at every turn. Never mind the fact that every person I encountered also adorned their summer blues, the evening of my return to Interlochen also happened to be the same as Sheryl Crow’s performance in Kresge Auditorium. Kresge is covered but still outdoors, overlooking Green Lake. It has seating for several thousand people but is considered very small compared to the auditoriums these stars usually sell out. 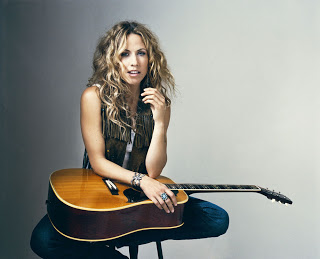 I’ve moved out of my coveted cabin and across the highway onto “faculty row” for the summer. It’s still on campus and less than 100 yards from my winter set up. As I crossed the highway, I saw security personnel setting up markers to direct concert parking. Walking to the mailroom, I heard the sound check for Sheryl Crow’s show tonight. Looping back around to The Writing House, I walked right past Sheryl Crow’s tour vans and a summer staff member talking about how she’d heard that the famous artist wanted to go to Menard’s (a Michigan chain, sort of like Walmart). Go figure.
By the time I crossed the highway again, three SUV’s were parked in overflow concert parking, picnic supplies spilling from their backseats. Apparently Interlochen’s Summer Concert Series boasts tailgate parties that rival the performances. From what I glimpsed in these 3 cars alone (wine, cheese, bread, beer coolers, large speakers booming Sheryl Crow, tables, chairs, umbrellas for shade), that rings true.
I’m not going to tonight’s show. For now, the campus walk sparked a bit of nostalgia for me and I’d like to settle into this time of transition slowly. I walked by my old cabin, now inhabited by a family from Oberlin that’s been teaching here for 15 summers. Next, I walked by the filmmaker’s cabin, which looked oddly lit up and filled with furniture. Just two weeks ago those cabins were ours, grill patios, good company and all. I suppose moving on from things like that is the nature of a place like Interlochen. Here I go, headlong into this next great who-knows-what…
Comments