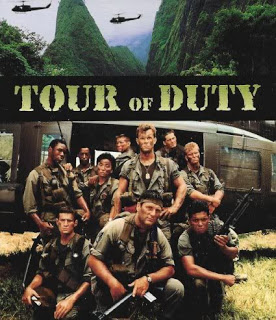 I’m putting several hours a day into this war stuff. I call it “stuff” because I don’t really know what else to call it—it doesn’t feel quite official enough to be “research.” I watch lots of TOUR OF DUTY. I look up military acronyms. I seek out websites listing contemporary military slang. I list quotes from soldiers: “I was so close, I could have waxed his ass;” “Observe everything, admire nothing;” “Stay frosty;” “Anybody with 18 years in’s gotta be missing some trolley wire.”
But to what end? I have one 20-page short story and 3 short-shorts. Add a 5-pager to that if you count mention of the main subject going AWOL. That’s hardly enough for a collection itself but it’s almost too much to clump with miscellaneous stories that take place from North Carolina to Oregon to Antarctica.
All this is to say: I’ve got a case of “overthinking.” This most recent fiction award came with an invitation to submit a full-length manuscript. That’s the short version, but the message is clear: It’s an honor and offer and it’s not something I want to ignore for much more than 6-12 months.
This, of course, comes at the busiest time I’ll have doing these two years on the road. I have 22 contact hours per week during Interlochen’s summer gig. I love the kids but I’m beat at the end of the day. Add to that 6-12 hours black belt training per week and I’m physically exhausted as well. It all makes the Alaska, North Carolina, and Wyoming residencies that much more enticing. Six weeks till I take flight. Here’s hoping my body of work can do the same.