Earlier, I admired the foresight and bravery of the young Frank McCully, who fell in love with the Wallowas upon first sight and, after earning his college degree in Salem, returned to the valley in the early 1900’s to stake settlements for the town of Joseph. And while his efforts certainly haven’t gone un-criticized throughout history in relation to the story of the Nez Perce, his achievements have not been forgotten as well.
This weekend, I came across a story published in The Oregonian, December 27th, 1931 titled “Back Country Cattle Range Real Old-Time Frontier.” This article, written by a 15-year-old young woman from the city, details her week-long stay at as an apprenticing cowhand on a ranch in the Imnaha canyon—just half an hour down the highway from where I now sit. Of course, when this brave teen named Betty Tebbetts arrived in Northeastern Oregon her journey into canyon country wasn’t as simple as a drive down the highway.
Betty wrote, “I wanted to live and work as a practical hand with a cow outfit, under conditions as near as possible to those of the old west. I wanted to ride with real cowboys and I wanted to see the wildest remaining section of the range country.” Not only were her writing skills impressive for her age, but the mere fact that a young woman from a private religious school in Portland might be able to convince her parents to let her partake in this adventure (over 300 miles away)…and then to complete it with gusto, is just thrilling to me! Here is a photo of some of the cowboys who she rode with that week, all of whom (she reported) treated her as an equal: 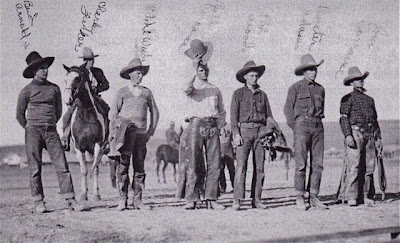 Later, Betty wrote: “Maybe I am not supposed to know much about it, but I am a great believer in the future of the livestock industry…An industry as real and vital as livestock is bound to come back, and when it does it will come with a rush. I want to help it come back for its own and country’s sake and also to help keep the old western spirit alive. Because when you close the range and drive out the frontiersmen, you lose something that the largest cities and the finest schools can never put back again.”
(Dear Betty: I think I love you!)
What does this have to do with my place here, now, as Fishtrap Writer-in-Residence? This weekend I walked. And walked, and walked, and walked. Partially because it was gorgeous outside and partially because, for the first time in too long, I can actually walk without pain. All totaled, I walked 14 miles in the last two days and not a single view or vantage point was a disappointment. What is it about this place that gathers such powerful, persuasive energy? If I look to the east, I see a wall of mountains rivaling the clouds. If I look to the west, I see countless miles of Zumwalt prairie and enough open sky and cloud formations to keep my mind wondering for hours.
And that’s also what Betty was talking about, isn’t it? That desire to settle in a place that you feel both needs you and humbles you with every move you make. Betty wanted to preserve and develop a way of life and an ethic of simplicity—whether she called it that at the time or not. Frank McCully wanted to see what the land could support, and what the people could create given its resources. And after 14 miles of roaming around, how could I agree with anything but their sentiments? See for yourself; Wallow County beckons: 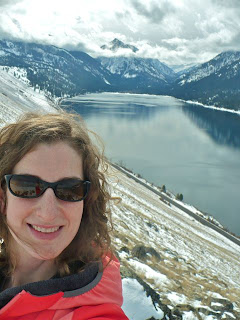 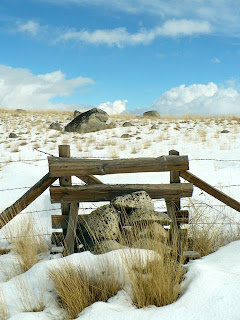 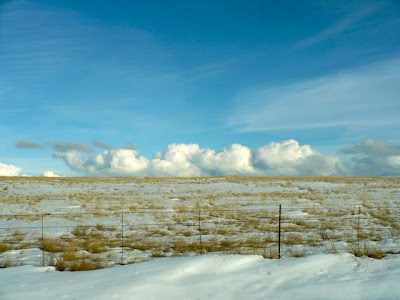 [Above: a photo take from my car overlooking the Zumwalt. Below: View of Wallowas High Peaks range from about 10 miles outside of town. 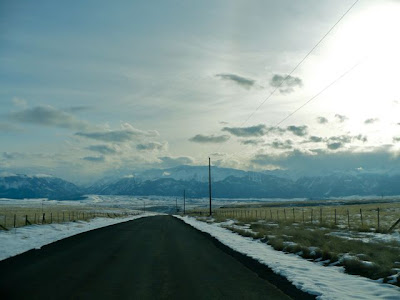