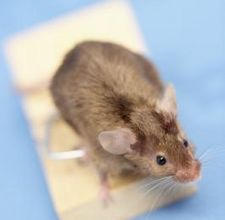 Months of rejection letters and today: one NYC agent interested in my work. I can say that I experienced approximately 20 seconds of elation when I received the news. The twelve hours immediately following have been a cocktail of anxiety, fear, daydreaming, and circular thinking. Poets & Writers contributor Betsy Lerner said it best when she wrote in this month’s issue: “If you have ever seen a small animal chewing one of its limbs in a trap, then you know what a writer looks like who is waiting to hear if his book will sell.”
I’ve been charged with sending my first four chapters,  “and choose wisely…” the hand-signed letter advised. For one month after the agent receives my work, I am legally bound to refrain from sending it elsewhere, allowing this agent to review the work. This agent was referred to me by two other others I know and described by a handful of others as “as good as they come.” Everything I’ve read about him shows me he’s self-made, wise in the industry, and—like any successful agent—he loves books as much as he is also a smart businessman. Oh, leaps of fearful joy!
Besty Lerner continues in her article: “Often a writer will call [her agent] or send an email in a faux-jaunty tone: ‘What’s happening?!’ Or, ‘Just thought I’d check in, no need to get back to me.’ This is a writer in pain. Agents survive this process only because they have a few horses in the race. A writer has only her book.”
Of course, I’ll only get to experience that level of pain if an agent agrees to represent me.  I aimed as high as I could. “Let other people reject you, don’t reject yourself first,” my friend Kyle tells me. It’s good advice. And I’ve spent a spring being rejected more times than ever before. Today was a tiny step. The wormed hook has been spotted in the water and as a result I get to put fifty pages of my writing under the nose of one of the greatest American literary agents known today. This man “makes authors,” I’ve been told. He’s “the best of the best.” I’m hoping he’ll see my writing and see not only a stellar business opportunity, but writing that takes guts and has a literary and cultural staying power to make it more than worth his while. It’s sure been worth my while to pour my heart and 18 months on the road into writing it.
Here goes everything I’ve got.
Comments