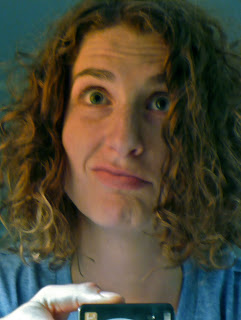 I’ve been putting this post off for a long time, though the hatch marks sizzled into my brain over the past eight months with a permanence that still smarts. Nineteen months into my two-year tour, I have found myself face-to-face with the harsh reality of failure.
2010-2012. Two years. I told myself I’d take this dream on the road, finish book, and secure a post-graduate fellowship. The good news is, I’ve finished not just one book, but nearly two. And in my first 12 months of the tour, I saw 10 stories published and won 5 fiction awards. Now for the bad news…
Starting Thanksgiving 2010, I launched into a series of book, prize, and fellowship applications to help steer this two-year tour into some semblance of a permanent landing by fall or winter 2011. Some fellowship deadlines for 2011-2012 were as early as winter 2010…other openings were announced in February 2011 with a March deadline, and notifications were put off until last week. It’s been an intense, detail-oriented, ongoing process that I rarely blog about, if for no other reason that if it makes me dizzy I figure it’ll make my readers dizzy, too.
The votes are in and I have no “hanging chads” to fault and no foot-stomping reasons to demand a recount. Since November 2010, I have:
On the other hand, since November I’ve been invited to guest lecture for several organizations, I’ve been flown across the country to teach a weekend workshop, there’s a waiting list for my Guest Faculty week-long workshop coming up next month, I’ve debuted and managed Cheek Teeth Blog which now receives nearly 2000 hits per month and generates income for TRACHODON Magazine, I’ve made it into the top 3 candidates for editing a creative nonfiction book and interview for final cuts this Thursday, I’ve made first cuts for an online editing/teaching gig through one of the nation’s most innovative literary nonprofits, I earned enough money from fellowships and teaching to cover all $2,000 of my medical expenses (for the broken foot) with cash, my car still runs better than ever, my teeth are straight and all still there, I’m saving money although I’m still uninsured, and I still get to travel the country and write my heart out.
All of which is to say, I’m going to re-frame this idea of failure. So, I didn’t get the post-graduate fellowships I had my heart set on. So, my favorite independent presses told me they didn’t want to “take risks” on my “very moving” writing. I’ve learned a lot these past 19 months, part of which includes that–for the most part–I like life on the road. The freedoms I’ve found, the people I’ve met, the connections I’ve made, and the places I’ve seen during this tour have changed me immediately and profoundly. Even the hard times, the lonely times, the times too far away from home, have taught me a lot. I am not the same person or the same writer I was less than two years ago.
Stay tuned for future posts on “Re-framing Failure” as I plan my next 12 months on the road, starting with the mysterious possibilities of September (which is just around the corner)!
Showing 8 comments