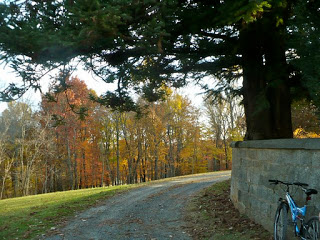 One thing I always take great pleasure in wherever I go is exploring my surroundings. This year of the tour, I’ve been able to do lots of that on my bike. I usually start with the immediate roads and paths around wherever my new home is. Then, I try and find a loop. Since I don’t always use maps, this often involves getting voluntarily lost. That, of course, is when the fun begins.
In the Wallowas, I got “lost” enough to find a five-mile loop that turned into my favorite long walk. Once the snow melted, I got lost enough to find a 19-miler for my bike, which I repeated a few more times before I left the valley. In Michigan, getting lost involved getting my bike stuck in sand, because backroads in northern Michigan don’t turn to stone, they turn to sand. Now that was an adventure…almost as much as startling up wild boars while “getting lost” on Madrono Ranch in Texas. 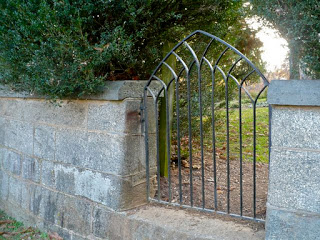 Here in Virginia, my explorations have been tame in terms of terrain, but to my delight, surprises have awaited me on almost every ride. One day last week, I was trying to get lost on the gravel roads behind Sweet Briar College when I stumbled upon a ridge top cemetery. As soon as I found it, I knew where I was: the graveyard for the Crawford family that started Sweet Briar. As I huffed up the steep gravel turnaround, the peak of afternoon light angled through oaks and maples along the ridge. When I touched the wrought-iron gate, I felt an electric cold current zip through my hand. Nothing ghostly, but certainly something magical filled this space and I made sure to walk reverently as I explored. 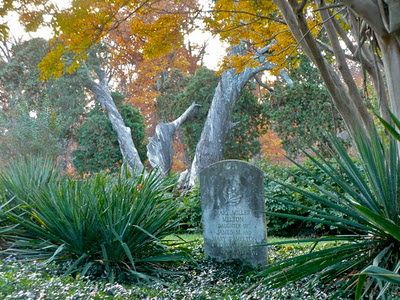 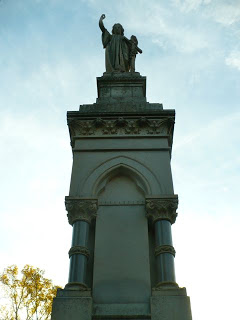 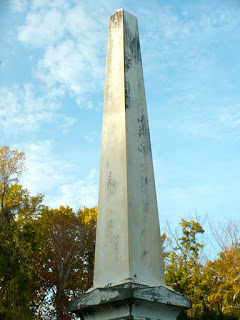 Later, I learned that the Sweet Briar campus was a slave plantation:
“The Sweet Briar Plantation was owned by Elijah Fletcher and his family between the 1840s and 1900… He and his wife, Maria Crawford, [named] it ‘Sweet Briar’ after Maria’s favorite rose. The success of Fletcher’s farm relied on the labor of enslaved individuals, both African American and Native American (from the nearby Monacan Confederacy). Although initially opposed to the ‘peculiar institution,’ Elijah owned over 110 slaves upon his death in 1858. In 1858, his daughter Indiana inherited Sweet Briar [and in 1900], she died and gave the plantation and a generous cash donation to found a college for women in honor of her own daughter who died at the age of 16 in 1884.”
I also learned that there is an African-American slave cemetery somewhere on Sweet Briar’s campus. Now I know where my next bike ride will have to be…