Day 33 VCCA: The Friends We Make

0
0
For the most part, I’ve stayed on an early morning schedule, rising at 6:45 am and sharing breakfast with a few other early birds. Aside from getting a head start on the day, this ritual has also come with the unplanned benefit of mentorship from novelist Roger King. Without fail, no matter what my state of mind was at breakfast, Roger seemed able to answer my questions and offer kernels of advice as easily as one pours a glass of water in the morning. When you’re used to living and writing alone, outside advice is a high commodity. 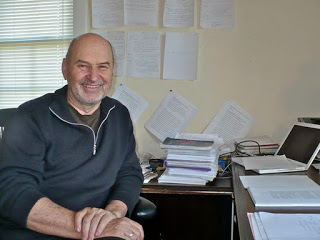 “I’m afraid I’ll miss my moment,” I confided to him one morning over oatmeal. We’d been discussing published authors whose work also features the current wars in Iraq and Afghanistan. I hadn’t realized this was a fear of mine until I plunked down in the seat next to him and heard myself say it.
“There will be more than one moment,” Roger told me. He has a soft, deep voice with a British accent, so you can imagine the nice delivery of this line as the sun rose outside the dining room window and our coffee slowly started to kick in. His advice rang true. What had I been worrying about? Of course there will be more than one moment. Life is filled with an abundance of moments! There’s no need to worry about grasping for a single one of them and it’s not as though there are only a certain number of moments for authors who write about war, either.
A different morning, I confessed I was afraid I was getting too picky. “Everything I read lets me down,” I said. “It’s like I’m wearing X-Ray glasses and can see right through the story to the bones of the craft. It’s annoying because it makes everything seem contrived…even by writers whose work I normally enjoy.”
Roger thought for a moment, then offered this: “What you’re reading seems that way right now because you’re reading everything as though you were the one writing it.” And of course, he was right. I’d been reacting to the creative decisions these authors made based on what I would have done, which is really the fastest way to ruin any book for yourself. Roger’s advice helped me remember that when I’m in highly generative modes with my own work, reading the work of others–while important to my process–often involves a tricky psychology.
And perhaps most revealing of all was Roger’s feedback for me after my reading at the Fellows Residence last Wednesday night. One of the stories I read was titled “Kabul Stadium” (which you can read along with 11 other stories by signing up for Monthly Fiction through my website, here). I got a lot of positive feedback about the story, including some from Roger. But he also told me, “I don’t know if it’s of any use to you,” (remember the accent) “but, you know the goal posts you had in your story?” I nodded, yes. “Well, at least in England we call the horizontal part the crossbar, so you could use that terminology if you wanted.”
Roger had picked up on a scene at the conclusion of my story where two characters shimmy up to the top of a goal post (and sit on the crossbar). Roger’s suggestion helped me change repetitions of the word “goal post” in the scene. A small but priceless thing and exactly the kind of feedback a true writing friend doesn’t hesitate to give. Anyone else who slaves away the hours each day at the desk knows how hard it is to see the nuances in his/her own work…and knows that we share our work with others as much to feel bolstered by the stories as to also improve them. For your advice, for your kindness, for your friendship–Roger–today’s post is dedicated to you.
And to the other friends, so delightful and too numerous to mention here, a photo collage: 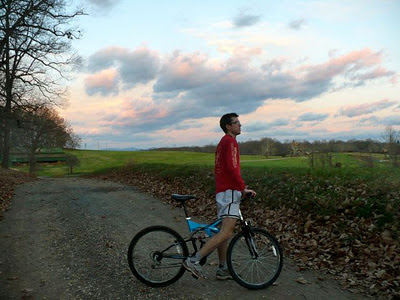 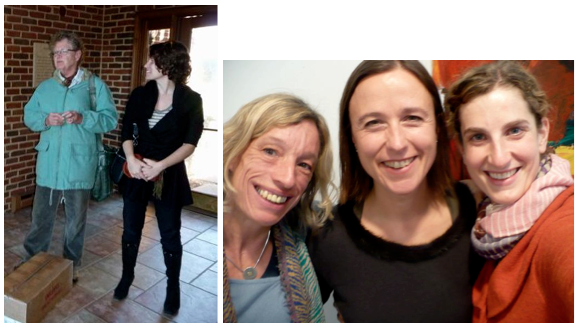