Anchorage: Gangsters in My Bedroom 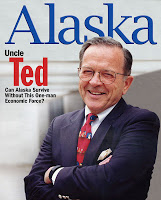 Here in downtown Anchorage, it’s no secret that the house I’m staying in was formerly the home of the late Senator Ted Stevens. It’s also no secret that Stevens was the longest serving Republican senator in history, or that he was one of only five senators in U.S. history to be convicted by a jury. (For what? Seven counts of making false statements. A verdict that was later thrown out, though many still debate what really happened.) The politician was in two plane crashes in his life, surviving the first one only to discover his first wife did not. I was here in Alaska two summers ago for that second plane crash. That time, no one survived.
It’s been interesting creeping around the home this past week, my imagination filled with stories from its current owner–a federal defender who has lived here since the seventies and who conducted her own research into the tales this house holds. This guest bedroom, as it turns out, used to be the Black Jack Room where Gangster Jimmy Sumter and his fellas tossed money and cigars around all night, subletting the home with Stevens’ permission when he was away on long business trips. 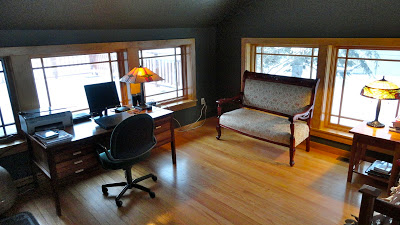 Apparently those gangsters tossed women around, too. The upstairs of the house made for a nice brothel, the current owner tells me, and my room was the hot spot. I like a good story now and again, abut this is enough to rattle my brain. My room, a brothel? I think I prefer its incarnation as a writer-in-res sleeping quarters instead. 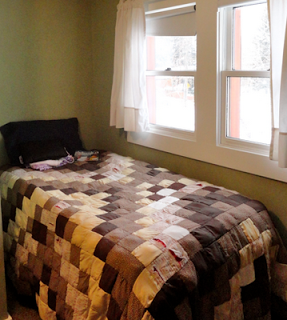 Working alone most days from the house–doing arts writing, prepping my 49 Writers course, applying for post-graduate fellowships–I’m reminded a little of my month-long stay at Weymouth Center last fall. There in the 22-bedroom mansion, stories were the name of the game. Spend enough time alone in a place like that, and those stories start to take on lives of their own, not unlike the ghosts I encountered at Weymouth who, I’m told, still reside peacefully in the rooms I once inhabited.
Comments