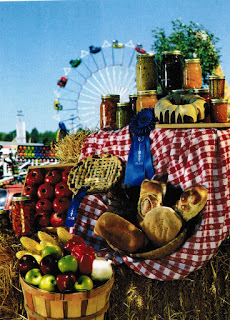 Continuing this series of posts where Midwesterners speak to what is “quintessentially Midwestern,” I’ve gathered a few more quotes sent to me via email, Facebook, and Blogger. Commenters this time around unanimously shouted for POP (rather than SODA), recalling open spaces and Fish Frys, and that hard-to-forget FLATNESS of the Midwest. I suppose there really isn’t an answer that could ever be perfectly comprehensive, yet–like home, like a dog we love, like a grandfather’s coat–we know it when we see it. Thanks for joining in the dialogue, and by all means keep it coming…

Author and mountain biker Rose Austin, a native of Wisconsin, wrote: “Nice. I didn’t realize how often I used the word ‘nice’ to
describe things until [my husband] pointed it out to me after we began dating. ‘That’s nice,’ is a comment used in the Midwest and is a fitting comment, whether
something is mundane or awesome. Also: Friday Fish Fry! From the no-meat-on-Friday Catholic tradition emerged
this custom, where even the most hole-in-the-wall bar offered a version of
the Friday Fish Fry. In small towns, it might be at the Legion Hall or a church hall. Many are all you can eat, of course. Regarding soda versus pop: I was raised calling it pop. ”
In an essay by Garrison Keillor (“Take in the State Fair”) published by National Geographic: “The
Midwest is State Fair Central, and it thrives here because we are the
breadbasket of America, Hog Butcher, Machinemaker, Stacker of
Particleboard, Player with Chain Saws, Land of the Big Haunches. And
also because Midwesterners are insular, industrious, abstemious,
introspective people skittish about body contact, and a state fair is
liberation from all of that, a plunge into the pool of self-indulgence,
starting with a thick pork chop hot off the grill and served on a stick
with a band of crisp brown fat along one side.”
Writer Jason Storms
says: “I feel like there’s a very distinctive blue-collar
life/pathos/ethos that I’ve not seen anywhere else I’ve traveled to.
While I
was riding the train to AWP in Chicago, the thing I noticed most, as I
passed through parts of Michigan and Indiana, was the sort of homogeny
of blue collar/small town paraphernalia juxtaposed against a hesitancy
to really overdevelop land–rusting cars in a yards completely engulfed
in the shadows of trees, lots of rust, lots of scrap metal, but it’s
rarely in excess. Never like a junk yard, but more like the occasional
junk pile. Really, what I think it is, is the smooth
juxtaposition of areas defined by their bucolicism and areas defined by
their proletarianism/industrialism… So what does this mean for
language? (I think about the musicality of “soda”–the elongated vowels,
the
smooth ‘s’–versus the flat, open ‘o’ and hard ‘Ps’ of Midewstern ‘pop.’)
Where Midwestern speak might not be
as genteel as something from, say, the eastern seaboard/NYC, there’s an
authenticity and warmth to it based on its lack of artifice and
built-up architecture of linguistic/grammatical etiquette…”
My own dear Dad wrote in as well: “As far as what defines the Midwest, the following words and phrases come to mind: decent, hard working people, a straight forward intellectualism stripped of any of the academic posing of the east, tough people made tough by a tough land, flatness, wind, heat and cold, isolation, a buffer between the craziness of each coast.”
And a reader named Meg commented aptly: “As a native born Hoosier living for many years in the South, I read a
lot of Southern literature. When I began to write seriously, I wanted to
access the voices of my home region. I received an independent study
grant from the NEH to do just that. One of the things that struck me in
making comparisons, is that in Southern writing (especially fiction)
there is always a ‘crazy,’ but in Midwest writing there isn’t. I wonder
(having read your posts) if it has something to do with what my son
calls the ‘land of perpetual flatness’ in which little can be hidden
away. I wonder, too, about what people in the Midwest–folks, that
is–like to call themselves. I had a go-round with a Southern belle one
night. Since she likes me, she doesn’t want to call me a Yankee (she
doesn’t like them) so she will call me a Midwesterner. I said I don’t
hear people from the Midwest call themselves that…”
Got more? Do tell! Meantime, read parts 1, 2, and 3 for more.