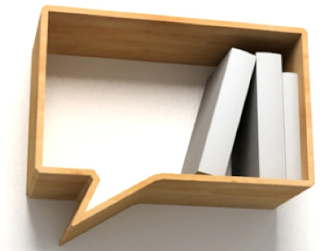 I’m not going to say it but all you writers and readers out there know what I am talking about. It’s not a short story collection. It’s not a memoir. It’s that other prose thing that’s really, really long and braves large-scale craft issues such as narrative arc, character development, prolonged moral dilemmas, and thematic residue. (Ok, I made that last one up but it sounds smart, doesn’t it?) I don’t read many of the n-words and I’ve certainly never aspired to write one. My dad often asks me, “When are you going to write a n****?” and I always laugh. “Oh, maybe when I’m in my seventies and have nothing else to prove and don’t feel as pressured with my career.” Of course, he’s being entirely serious and I’m not. But in all sincerity, undertaking a n**** is something I’ve seen a handful of my writing friends do and it is always something I have admired. From afar. Very comfortably, thankyouverymuch.

If I’m so intimated by this genre that I can’t even say it out loud, why bother to write one? A recent turn of events involving a certain respected VIP whose position, location, and name shall remain anonymous has me facing the following challenge: Write the first fifty pages of a n**** in 40 days or less, along with a summary of the remainder of the book. Do all of this while teaching part-time for Summer Arts at Interlochen, keeping physically fit, freelancing for arts writing, and generally trying to remain a decent person. Oh, and the kicker? Though it probably goes without saying, those fifty pages should be the best fifty pages I have written. Ever.
Walking to lunch with a friend this afternoon, I mentioned the insane and flattering challenge I had been given to write a n****. “It’s not something I do,” I told her. “It’s not something I’ve ever even studied…and the timeline. The timeline is intense. Of course, I kinda did that to myself…”
“Exactly,” she said. “So the whole thing is kind of ridiculous. Which is the way it should be. Just get in there and have a little fun. Laugh at it. It’s insane, you’re right. Just go with it.”
Three days into the challenge, I’ve met my word count of roughly 600 words each night. The more I write, the better it feels, but since the n**** is about–of course–the war in Afghanistan, I’m running into the research wall and the time it takes to scale it makes me impatient. I’m either going to have to get the information I need pronto (Help: What is the name of the river in Oruzgan Province, central Afghanistan, that runs through the Mirabad Valley?) or creatively dive into character by different means.
Meantime, there’s this other obnoxious thing called plot that I have to deal with and the truth is, language and character have always led the way for me in terms of scenes and events. I don’t know if that method is going to work in a n****. Time will tell, but I only have so much time. Here goes nothing and everything all at once!
Showing 2 comments