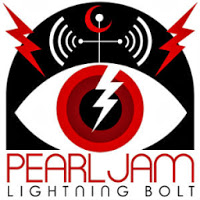 I’m past event #30 for the book and headed toward event #31 tonight…and I’m tired. I’ve been trying to keep myself centered and fill my well back up in small moments between locations. On book tour, it’s difficult for me to get uninterrupted stretches of writing time–which are usually my balm for peacefully co-existing with the world. I’ve found the fastest way to recharge is running while listening to great music. Touring mainly in large cities or suburban areas, I’ve been soaking up this anomaly urbanites call “sidewalks.” Yes, dear readers, that’s right: flat, smooth stretches of concrete designed strictly for pedestrians. Imagine that! Coming from life on the border of the Pisgah National Forest, that’s no small treat.

On this trip, I’ve run in Oregon City, Beaverton, Portland, Joseph, Northbrook, and Milwaukee. No gravel. No bear shit. No acorns. No snake holes. No leaf duff. This translates
to moving faster, with ease, with a reduced threat of ankle sprains. Turn on the new Pearl Jam album “Lightning Bolt” or my go-to “Suburbs” by Arcade Fire and I’m on a roll. If I want to be transported, I hit up “The Carpetner” by The Avett Brothers because I saw them at Interlochen and ran to their album the rest of the summer. Running to them, even under gray skies, still absolutely makes me think of Michigan forests and fat, blue lakes. Since they’re actually from Asheville, their music helps remind me of my current home, too.

Frequently, I choose albums for their beat or for the location I’m in. In Oregon, I ran to The Decemberists because they’re a Portland band and to Death Cab for Cutie because their music sounds like Pacific Northwest rain. There is nothing, in fact, that sounds more like “home” to me than Death Cab for Cutie–in a sensory and narrative way, simultaneously. This week, I’ve been running to Pearl Jam because their album was released on Tuesday and I’ve been breathless for it for several years now. I’m happy to report that, so far, “Lightning Bolt” is hitting it out of the park. I haven’t been this excited about a PJ album since “Vs.” – which was, um, a long ass time ago.

I often wonder what other writers do when they’re overstimulated, overtired, and scraping by on reserves. What’s their go-to rescue remedy to keep a smile on their faces and keep in good graces with the public? No one teaches us these things. We have to live through the grump and learn, then come out on the other side and prevent it from happening next time. When I don’t have the mountains and Gus the Superdog for my daily respite, running and rockin’ out are my go-to for pushing through. Rock on!