0
1
All week long I’ve been able to feel my mind expanding. Interlochen hosted its annual Future of Cinema Film Festival this week. There is much overlap between writing and motion picture arts, so this week contained ample opportunity for a lover of the written word to find a home amongst all the filmmakers. 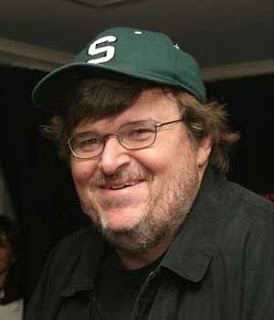 The most psychologically fascinating moment came during a meeting with Michael Moore, which, for the protection of the school and the sake of professionalism, I should not attempt to paraphrase its grand conclusion. Suffice it to say that the ultimate irony occurred to a man who has built a reputation by baiting people on film. (That’s not to say I don’t like his work or that I think he’s not genuine…but it is to say that the meeting didn’t end, um, as planned.) 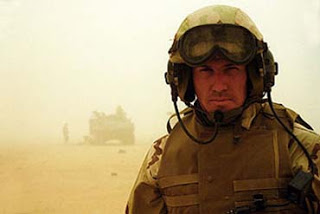 The most thought provoking experience was having dinner with Benjamin Busch (The Wire, Generation Kill) and Doug Stanton (In Harm’s Way, Horse Soldiers)—two pillars of the current war in Afghanistan, though both having experienced it in wholly different ways. The kind author of 2 NY Times bestsellers even offered to help me with a list of resources I might need for my short story (with the 17-year-old narrator who goes to Afghanistan), and read a draft at some point. The curious actor was a study in and of himself, an ex-Marine playing a current Marine (on TV dramas), a black belt, a father, a screenwriter, and Vassar college BFA graduate. More succinctly: quite the collage of a man. 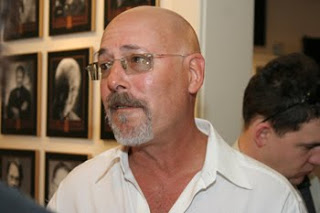 The most mind-expanding experience was spending the afternoon and evening with Daniel Pearl, one of the foremost American cinematographers of our time. Remember the music video “Billy Jean” for Michael Jackson? Remember “Every Breath You Take” for The Police? Remember “November Rain” for Guns ‘n’ Roses? Remember award-winning videos for Meatloaf, Mariah Carey, Toni Braxton, Boyz II Men, Janet Jackson, Tina Turner, Whitney Houston, Puff Daddy, The Rolling Stones? Daniel Pearl shot ALL of those. [That’s to say nothing of those hardcore sporty Gatorade ads, the Motorola phone ad that’s in the permanent collection at MOMA, and—yes—the movie that put him on that map at the age of twenty-three: TEXAS CHAINSAW MASSACRE.] 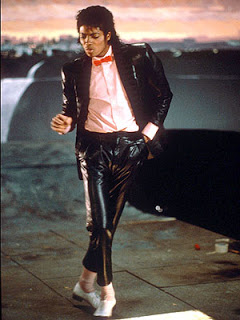 Growing up, I was quick to judge and then boycott most television (and this is still true for me today), but I excluded music videos (MTV, VH1) from that boycott. Music videos weren’t trashy TV dramas or corporate media brainwashing me into conformity. Music videos were the raw, visual, emotionalism of life as I knew it back then (my teens). I ate breakfast to Aerosmith’s “Livin’ on the Edge,” could visualize the footage for Pearl Jam’s “Jeremy” in my sleep, and still to this day get chills up my spine when I see (or hear, for that matter) “Billy Jean” or “Thriller.” “Numb” by INXS? “Black Hole Sun” by Soundgarden? Don’t even get me started. I could wax poetic and then some about any of these videos. 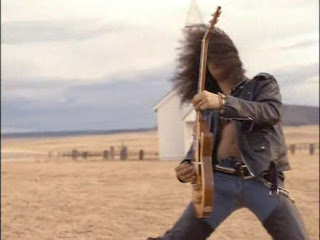 So it was amazing, to put it mildly, to meet the “eye” behind these life-changing videos. Even more amazing to discover that his daughter is in the Air Force; to see him start crying at dinner as he described her training and 8-year commitment during this time of war. These themes of war are cropping up everywhere I look—across all genres, all generations, and all social contexts. Meeting a man who has made such a lasting impact in American film (and, ironically, whose former main genre of music videos is dying a horribly embarrassing death), I can only hope that he’ll take the emotion he showed this evening about his daughter and somehow, someday, bring the realities of the war in Afghanistan to America’s doorstep—full scale, full color, full sound.
Comments