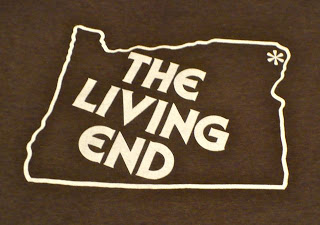 Sunday’s new thing was a hellaciously wonderful bike ride with Eric, my tried and true let’s-do-fun-stuff pal in Wallowa County. I don’t think I’ve ever had a friend like him, and he’d be totally embarrassed if he knew how much our friendship means to me. Basically, it boils down to this: When I hang out with Eric it’s like I don’t even have boobs. I’m just a person; a normal person to do fun stuff with. I’m not a writer with too much shit in my head and I’m not a girl to date and I’m not a relative and I’m not a co-worker. I’m just me. Katey Schultz who will ride bikes, go on hikes, drink beer, listen to Nirvana, and talk about books. Is this what it feels like to be a guy? At least a little? If so, I’m jealous.
We’d been planning the ride for a week, banking on sunshine and warmer temps. Eric heard about a road outside Imnaha that climbed the canyon and topped out on the Zumwalt. I’d heard about it too: “You’re going there?” a fellow barista said. “No. Don’t do that. The last time I did that I had to hitch a ride home.” Another person warned: “That road? My boyfriend tried that. He had to patch his bike tires 17 times in one day.” 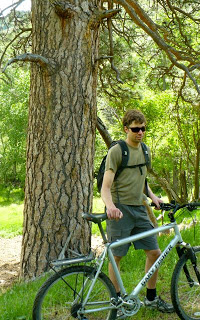 I shirked their warnings, telling them I had smart tubes with slime and I’d been using the same set for over two years. No flats. No leaks. No nothing. Before we even crossed our first gate on Camp Creek Road, Eric had a flat and I handed him my spare tube. The rest of the ride? No flats. Thank you, smart tubes.
What we didn’t count on was multiple creek crossings, a road that disappeared and cut across obviously private land, and multiple “no bikes, no motorized vehicles,” signs. Never mind the trailer we passed with horses grazing in the front “yard.” Never mind the gate I couldn’t get open fast enough (the dogs were coming…so where the horses). “Hurry man,” Eric said, “before we get shot.” Never mind the 7-foot-long bull snake (also called a Pacific gopher snake) I rode over that spun it’s golf-ball-sized head my direction after I accidentally cruised both tires across its middle. Never mind any of that. We were on the right road. We knew it. And we stuck with it…for a while. When we got to the mid-calf-high creek crossing, sweat-drenched and only halfway out of the canyon, we turned around.
Like I said—we’d been amped about this ride for more than a week. It was only 2:30 on a still sunny Sunday afternoon, so we loaded into Eric’s van and headed for the Lower Imnaha. Readers will remember that I spent April in the Imnaha Canyon at the Writers’ Retreat but never made it to the lower section of the road because, well, most cars don’t. Eric’s Westfalia van is in about the same class as my Volvo, meaning it’s also ancient and keeps on keepin’ on but it has it’s limits. So we stocked up on water at the tavern, drove until the pavement ended on the Lower Imnaha, then ditched the van and hopped onto our bikes for a ride down into Hell’s Canyon. 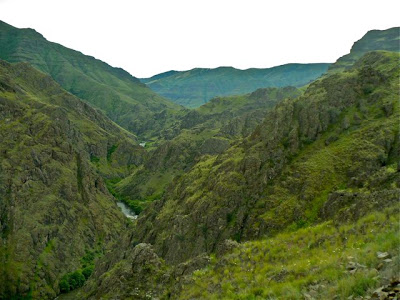 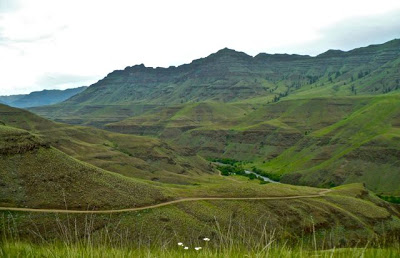 If what goes up must also come down, in Hell’s Canyon, the bikers who go down must also come back up. But with views like this, you can bet every drop of sweat was worth it. We rode until our stomachs growled, stopped for sack lunches at a bend in the road just before an 800-foot drop, then turned around for the slow, steady, huff-and-puff ride back to the van. First stop on the way home? Cold beer on tap at the Imnaha Tavern, where I purchased a t-shirt with THE LIVING END design. A fitting slogan for the end of the road, the edge of the state, the bottom of the canyon, and oh so much more…