0
7
I’m moved nearly beyond words tonight, having just spent the day with a professional director, cinematographer, and audio specialist who believed enough in Lost Crossings to turn WNC’s footbridges into a featured slot on their television show. The “Our State” show is broadcast on UNCTV, an affiliate of PBS. This show has won 7 regional Emmy Awards and the director who selected my project has worked on PBS documentary films for decades. The episode featuring Lost Crossings will air on July 5th at 8pm and my ten-minute segment is allotted 1/24th of their annual budget (over $8000) for completion. Wow! In addition to airing on PBS, the episode will be available on YouTube.
I know for some folks out there this would all be small potatoes. Those folks dream of screenplays and big contracts and press packets. That sounds nice, in some cases. But I wouldn’t trade today for anything. For me, today affirmed one of my deepest hopes: that if you work hard, if you listen well, and if you dream big, even the smallest seeds can grow into something bigger than you ever thought you’d planted. Today, three people believed in my work. They believed in the significance of these mountain footbridges. They believed in the power of a good story. I couldn’t feel more fortunate.
Here’s a photo collage from the sidelines…
We started at my parents’ house with an interview: 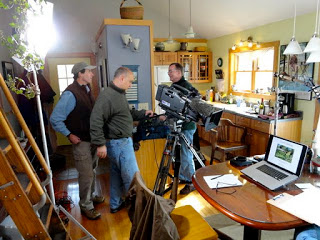 And I got fitted with a wireless mic at the Depot Bridge: 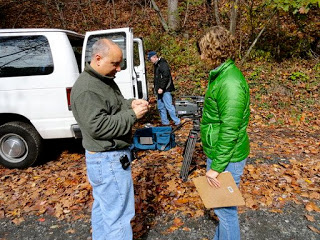 I even got to do a little reading from Lost Crossings for snapshots and voice over: 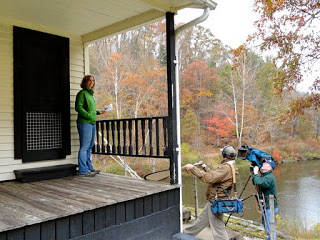 There were lots of long shots: 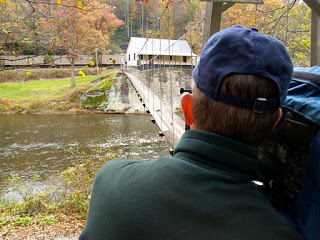 And plenty of being called back to do something again (Take 2!): 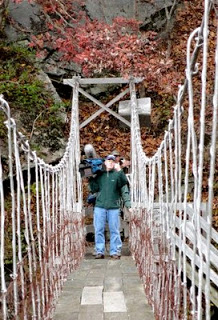 And some seriously impressive balancing acts: 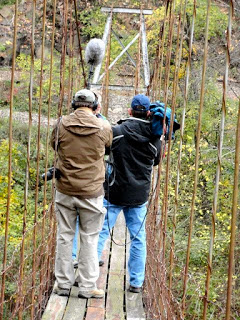 A little bit of off trail: 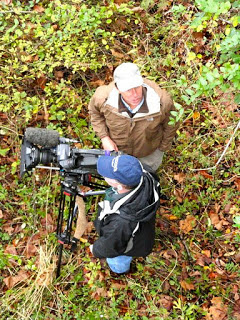 And some discovering of new places (the cemetery on the far side of the Honeycutt Bridge): 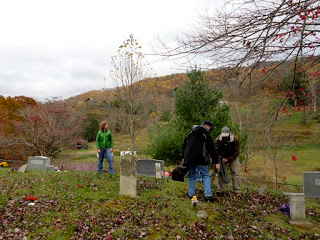 Who knows what tomorrow’s shoot will bring!