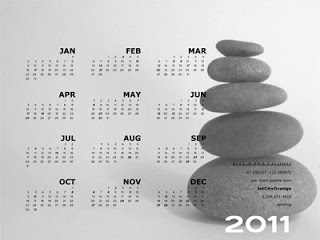 If 2011 has been anything, it has been a year of twists and turns. One way to read that is literally: I drove over 10,000 non-commuter miles in my Volvo THE CLAW this year (crossing the Rockies twice) and indeed there was many-a-twisting mile along the way. But as much as I like to talk about my car, what I’m getting at here has to do with something bigger–that timeless notion that no matter how hard we dream, push, pray, persuade, or try, sometimes life has something else in store for us.

The original intention of putting my life on the road for two years was to finish a book and get a post-graduate fellowship. Twenty months into the tour, although I’d published over 15 stories and won a handful of awards, it became startlingly clear that neither of my dreams was going to come true. At least not on my timeline. I decided I needed to re-frame failure, apply to more residencies, and add another year to the tour…

That decision, as hard as it was to make publicly and put into action, single-handedly set in motion more than I ever thought was in store for 2011. I ended up in Texas for 7 weeks, even though Texas hadn’t been on my radar. While there at Madrono Ranch, time to write lead to a total epiphany in my process, which in turn led to new stories written at VCCA, which in turn led to deepening my respect for the depth of the writing profession. While I’d felt somewhat defeated in summer, by fall I was bolstered and humbled by all there is to discover as a writer. This encouraged me to plan for the future, and voila, the Airstream trailer materialized (ok, it was a little trickier than that) and I’m now elbow-deep in cleaning supplies.

If life had gone “as planned,” none of that would have happened. No Texas. No Airstream. No new stories for the manuscript. Sure, I might have nailed that fellowship I’d wanted and/or gotten the book deal I was dreaming of, but as I head into 2012 both of those things still await as very real possibilities. In the meantime, I feel enriched by the experiences life ended up throwing my way. I know I’ve picked the right profession for me when it’s not only something I love, but something that also helps be grow as a person. I’m a better person for all the things I didn’t get in 2011, and a better writer, too.

As for 2012, I still have hopes and dreams, but I also have a healthy dose of flexibility.