0
1
This photo collage is long overdue, dear readers, but many thanks for your emails and social networking these past few weeks that have made those late-night posts all the more doable. Alaska is my greatest muse–it has been since the moment I first visited in 2009–and I love knowing that these posts might, in some small way, bring a little of The Last Frontier to folks “down in America” (as an Alaskan would say). Without further a-do, a little catch up from the previous week’s adventures:
Introducing, THE ADAK and it’s proud owner. This tugboat is 91′ and was built in 1944. The engine room (part of it) is pictured next. And if you haven’t seen a photo of Southeast Alaska’s official uniform yet, consider it done. Those there boots are called XtraTufs, and they’re second skin around here. 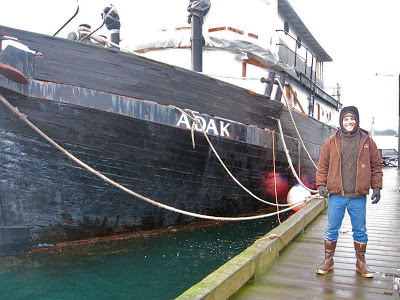 Besides being on a boat, being in Alaska in any season always involves food. In winter, that means local meat more than anything else. Left to right, here’s halibut green curry soup, backstrap (deer meat from either side of the spine), and venison chilli (with secret ingredients of bittersweet chocolate and ground cinnamon). Next up you’ll see our typical, delightfully filling and fatty breakfast, followed by a photo of me slicing halibut. If the pics look muted or blurry, that’s because they were taken on a boat with limited lighting and…you guessed it…a little bobbing motion. 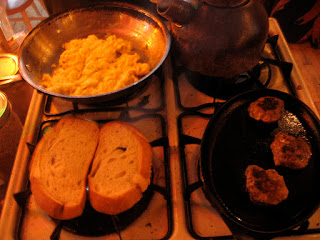 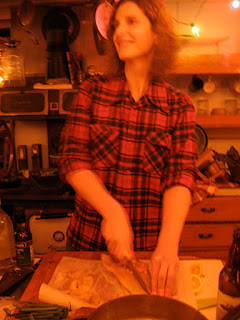 Fed and warmed, we began the daily ritual of revising. At first, that meant deep workshopping with the three of us sitting around the table, manuscripts beneath our elbows, pens in hand. It also meant killing characters, trying to reenact occasional gestures to prove their physical impossibility, patting our own backs a little for the good lines, and supplementing with dark chocolate whenever possible.

Notice all the layers of clothing? It’s been cold. Single-digit temperatures made for mighty chilly nights on The Adak, so many-a-morn was spent beside the fire warming up. A cold boat sure makes for good motivation to keep your butt in the chair and get the job done, eh? 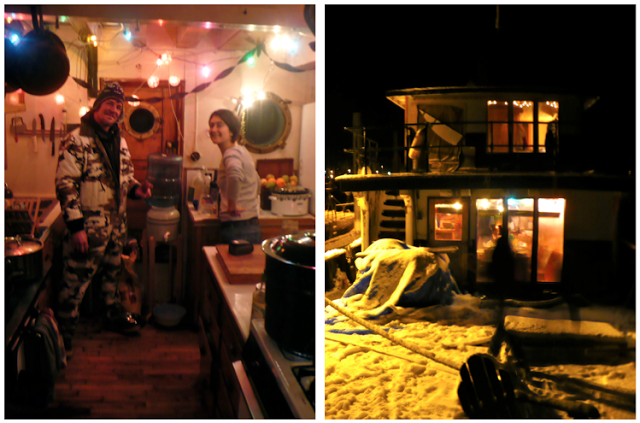 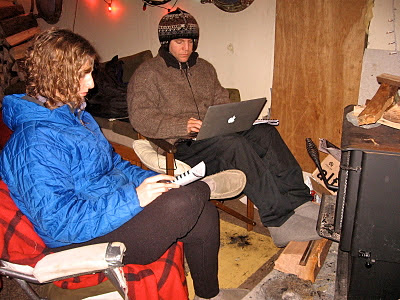 But no matter the temps, the outdoors beckoned. Be it a walk along the docks, sledding down a mountain, or at the very least gazing at the long and lovely views–these days of sunlight and dreaming and the hard work of words have fed my spirit. New adventures and devoted company complete the picture. 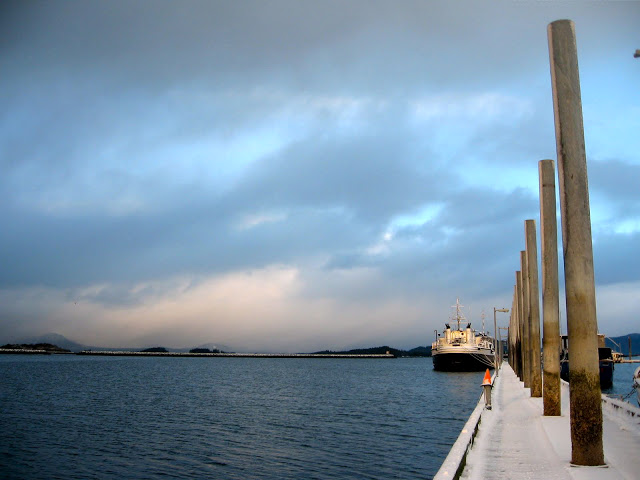 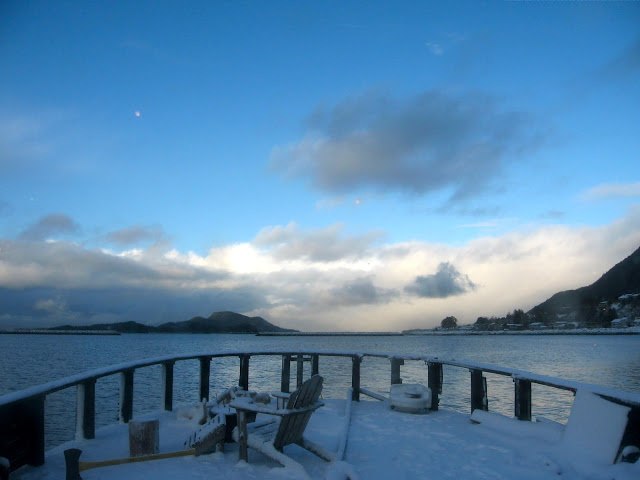 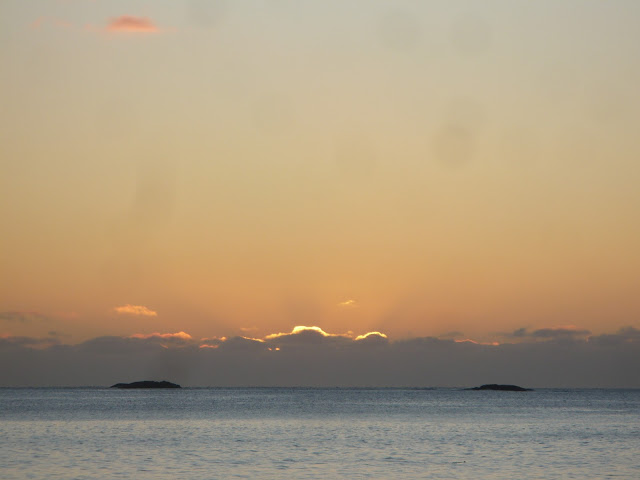