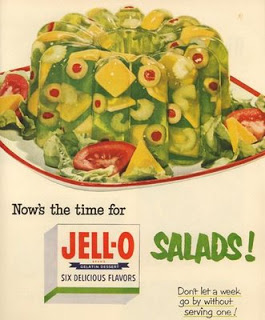 If you’re curious about the first installment in this exploration, click here.

I continued polling folks from the Midwest via this blog and Facebook, and the variety of their responses attests to–if nothing else–the failure of the very label Midwestern in the first place. My intent to is clarify what makes something
quintessentially Midwestern because I’m a traveler and a lover of place. Indeed,
I cannot write a short story without setting it on a landscape whose
physicality has emotional consequences for the characters. Likewise,
nonfiction writing without place is, to my ear, difficult to bear. Here are some of the most striking comments I received, and more will be published in a few weeks. The response has been exciting to sort through!
Author Michael Delp wrote: “The Michigan I know and carry inside me and have since
before the womb is completely about water. It has little to do with the
urban world where trout are rarely found.”
Shana McDanold says: “What characterizes the Midwest? Jello salads.
Miracle Whip and/or mayo ‘dressings. Iceberg lettuce. Casseroles a.k.a ‘hot dishes.’. Potlucks. Diners with lots of types of pie. Drinking ‘pop’
instead of soda/coke/etc. Life cycling around a combination of the
church calendar and the seasons. A ‘plain’ accent in the middle states
but a Canadian influence in the Upper Midwest (that nasal sounding ‘o’).
Playing outside until the porch lights turned on (although that may
just be generational rather than regional)…It’s hard to describe. The Midwest culture is almost an absence of distinguishing elements or exoticism.”
Poet Karin Gottshall wrote: “Being from the blight of mid-Michigan, for me, meant
decades of shame and denial, internalized disappointment and anger which
circled around to grief and has finally come to a kind of weary
surrender to the endless gray of my memories of the place: the image of a
plastic bag caught on a burdock stalk, a dead cat in the lot of an
abandoned auto plant, a tiredness and broken-hearted truce.”
New blogger Charlotte wrote: “As a Westerner who loved several years
in (I mean IN) Chicago, this city is what informed me of Urban
Midwestern-ness. For me that meant gobs of food, attitudes that prized no
phoney-baloney, humor (that is sorely lacking in the Northwest),
respect of hard physical labor, lack of sentimentality, a voracious
loyalty for the home teams and for sports and a distrust of intellectual
namby-pambies. The writers who resonate still are Bellows,
Turkel…it is the great Midwestern city.”
Nonfiction writer Mary Emerick wrote: “I don’t really consider Northern Michigan the Midwest, although many
people do…What I think about when I think about the Midwest in the 70s and 80s, growing up: iceberg lettuce, red-checked flannel coats on
older men, a wild posse of kids playing outdoors, all day in summer,
Gina’s mom ringing a bell to call her daughter home for dinner,
sweatshirts before they were called hoodies, and a sense of
contentedness with lives that were led not very far from where people
grew up. It was outrageously boring, the mountains were only a mystery,
the ocean something somebody made up. But it was also safe to walk down
the street; there were acres and acres of woods that belonged to
somebody who didn’t care if you played in them. It was an extra-long,
sweet childhood. I wouldn’t live there again. The wildness has been
distilled down and tamed, although you can still glimpse it in a lake or
a waterfall. The winters are long and summers short. Like anything
else, you can’t really sum it up by its parts. I have met many Midwest
expats living in the West. They also would never go back. They may not
be the most effusive or hip, but they would dig you out of a snowbank.
They would save your life.”
Short story writer Tom Weller wrote: “I’ve spent most of my life in Indiana, arguably the most
Midwestern all states. I think the Midwest instills a kind of quiet
doggedness that is both admirable and troubling. It’s something I think
about a lot in my fiction, actually. Take a look at Midwestern Gothic, a
lit journal that wrestles with the conundrum that is the Midwest.”
Thanks for all the comments! Keep ’em comin’ or subscribe to the feed here.
Comments