What is Smart Surprise? 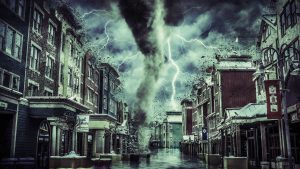 This week I’ve thrown myself full bore into course content for Into the Flash. There are three spaces left as of this morning – so if this blog post teaches you something, I hope you’ll consider signing up! So: What is smart surprise? When it comes to flash, I have a thing or two to say, read on.

One of the things writers learn in Into the Flash is how to choose the right word for the right character in a particular situation, so that a story can go from “complete” to “compelling” and even become “memorable” by way of a smart surprise that employs metaphor.

A smart surprise is not a pun, even though it can involve humor. A smart surprise shows the reader something, perhaps subconsciously, they suspected all along. It’s “smart” because it acknowledges what’s already there and makes it feel true, and it’s a “surprise” because it sort of bubbles up from the undercurrent of the story, and allows the narrative to conclude when–as author Stuart Dybek would say–“the yearning shines forth.”

Imagine with me for a moment…
…We might be able to tell that Mel isn’t living up to his potential just by reading about the way he sloppily collates documents. We might even get a little annoyed that he isn’t applying himself–he’s earning well above minimum wage, after all, and didn’t his parents just pick up his car insurance bill? Smart surprise comes into play when readers get to see Mel realize he isn’t living up to his own potential, though, and in this way the internal struggle Mel’s been bottling up (and hasn’t even been able to articulate for himself) finally meets the external world when he experiences epiphany. That’s smart. That’s surprise. It may not blow the roof off your head, but it certainly speaks to the human predicament and makes an impression.
Exactly how a writer decides to show Mel’s realization is up to the writer, but whatever happens, the very action that incites change in Mel needs to be carefully selected. For instance, let’s say the mail clerk brings Mel a pink envelope sprayed with perfume and, as he slowly lifts the paper to his nostrils, he realizes he’s not living up to his potential. He asks the mail clerk on a date and he sees that his life is small and unrealized and he resolves to change. That’s too easy–we all know as much. Why is it too easy? Because readers aren’t likely to believe the pink envelope was enough to incite change in Mel, since the pink envelope has nothing to do with his actual desire. His desire is not to share his life with someone (at least, not yet). His desire is to live up to his potential. To, perhaps, be the kind of person who doesn’t let the Grand Canyon slip by on a road trip. So, as tempting as the mail clerk’s pink envelope might be, it’s probably not the “smartest” route toward encouraging convincing revelation for Mel. A better fit might be something that more directly and clearly relates to the source of Mel’s longing.
Instead of a pink envelope, perhaps Mel witnesses an epic thunderstorm during his lunch break, high up on the 38th floor at corporate headquarters. What about this thunderstorm might cause Mel to start to see his own life as lackluster? How can the storm and his reaction to the storm be described in such a way that Mel takes pause as his internal struggle meets the world? Like the Grand Canyon, the storm is a natural phenomenon that inspires awe. Like the spring break when Mel watched, nose pressed to the car window while his bully-of-a-friend drove on by…he’s watching the storm from a window at work–at once so close, but so far. The inciting incident of the storm, then, “echoes” the moment of longing from his past. This echo subconsciously provides a more convincing (read: “smart”) point of revelation for Mel. Do we believe that whatever he saw in that storm lead him to apply for the opening on the Development Team and nail the interview, surprising everyone on the 38th floor on down? Yes, yes we do. At least, we believe it more than we’d believe the pink envelope, and in the world of flash, that belief is worth its weight in gold.

Bring some smart surprise to your writing and enroll in Into the Flash, a live and online 5-week course. It serves as a training ground for slipping into the skins of your characters, celebrating compression, and uplifting metaphor. This fun, online offering also comes with a healthy dose of community, critique, sample texts, and lectures. Into the Flash only runs in April and is open for registration – my online learning platform opens on April 1st with limited seats available.