When “Not Writing” is the Best Thing a Writer Can Do 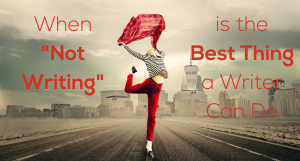 It’s true that my first book, Flashes of War, was rejected over 40 times before being accepted by Loyola University Maryland, and going on to win IndieFab Book of the Year in 2013. It was even studied at the United States Air Force Academy and is still used in classrooms today, from the University of Washington to Germany, and beyond. It’s also true that I wrote my novel Still Come Home on “a hope and a prayer,” gut burned, but came out on top with a second book anyway—though I never would have guessed the hurdles I’d have to jump.