0
1
Ghost update: There’s been another sighting in the Thomas Wolfe room! More soon! In the meantime…
Author James Boyd believed that the role of the artist in society included “the maintenance of intellectual and spiritual freedom.” Alive during World War II and the Civil Rights Movement, many of his efforts in the arts scene took the form of political theatre and support for like-minded artists through friendship and sharing of the Boyd House mansion at Weymouth.
One such friend was Paul Green, who has been described as North Carolina’s most prolific writer. The room I’m staying in all month is named for him, so I took some time this afternoon to learn a little bit about him. 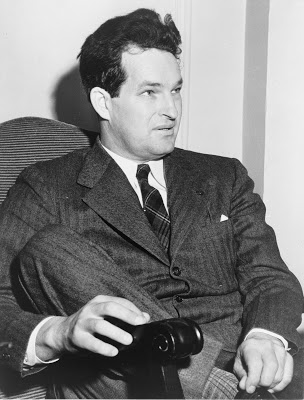 [Paul Green – inducted into the NC Literary Hall of Fame]
Paul Green (1894-1981) completed 7 full-length Broadway plays and many other one-acts performed in New York City; some 15 symphonic dramas; 17 books of plays; 2 novels; 6 volumes of short stories; 5 essay volumes; 11 screenplays; 6 songbooks; 2 radio plays, 5 foreign productions…and a partridge in a pear tree. His Pulitzer Prize-winning play, In Abraham’s Bosom, “caused quite a stir on Broadway in 1927, and he was ranked second only to Eugene O’Neill as a writer of authentic tragedy. Green’s play Hymn to the Rising Sun, about oppression on a chain gang, was revived in 2001 at La MaMa in New York City.” 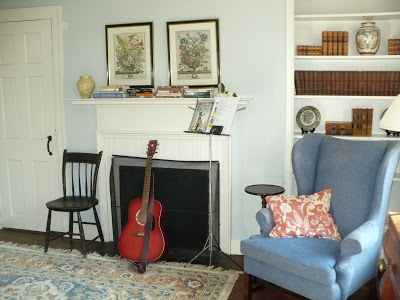 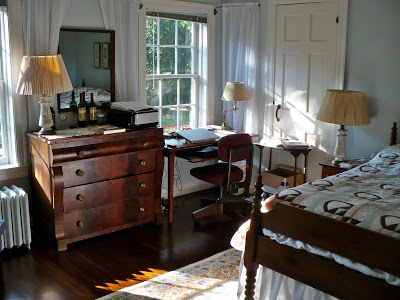 [The Paul Green Room in the Boyd House mansion, Weymouth Center – with a month’s worth of my belongings stashed here and there. Maybe some of his prolific nature will rub off on my during my stay.]
Comments