0
0
Working with my creative consultant last week, I was asked to reflect on my childhood. We discussed formative moments; unique traits that might have gotten me teased, but are in fact strengths; and major disappointments and milestones surpassed. By digging deeply into those moments that shaped who I am today, we will be able to more thoroughly and precisely determine the exact kind of “right audience” for my services, as well as the most compelling lens through which to view my contributions in my field. Through freewriting and video consults, we were able to make some exciting connections. One such connection came out of a freewrite about my time as a young athlete:When I think of childhood, I think of mud, rain, the slap of a soccer ball on cleats, and the kind of running and hollering that propels you forward into something bigger than yourself. In some ways, when I write, I am still doing that–running toward something, breathless and full body, because I believe with all my heart that writing can save the world. In the very least, it can lead to a moment of ecstatic connection. Like the way my teammates and I jumped into the air when someone on our team scored a goal. THAT MOMENT–when our cleats weren’t touching the ground, when we were all suspended together–that’s the kind of love and living I believe in. 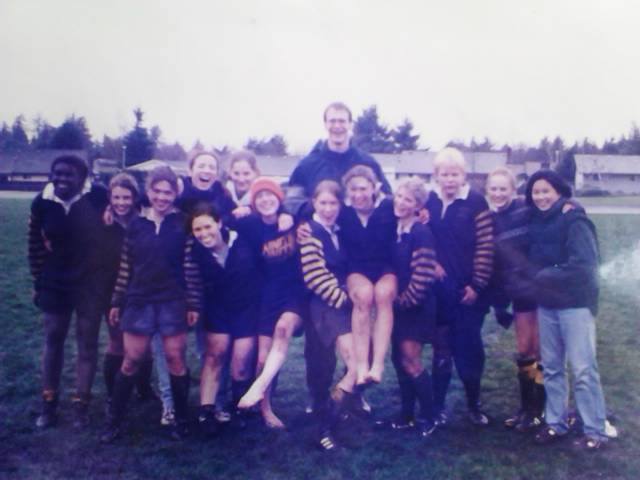 After soccer, I played rugby to the point of dislocating joints and cracking ribs (and I briefly stood on the field on crutches and coached teammates, while I healed). I never wanted to stop, but of course, none of us did. Growing up, I was the backpacker who was always at the end of the line, sometimes in tears, but I could not get enough of those mountains. I kept going. For thirty mountain ranges, including solo trips and backcountry rescues, I kept going. For most of my childhood and through my twenties, I was significantly overweight and physically awkward (I’m severely pigeon-toed, though this has receded with age). But I always remained physically active, as though I moved lithely or as though I was someone who did not walk strangely. On the rugby pitch, none of this mattered. The only thing that mattered was never giving up.

It was a blessing, really, that it never occurred to me that I “couldn’t do” what I loved just because I was slower or less physically gifted. Somehow, I found myself in good company that mostly helped me keep any naysayers at bay. I just did stuff; I followed my heart and interests. My supportive parents were undoubtedly a tremendous part of that, plus a few instrumental coaches I had along the way. And Nike, headquartered in my hometown of Portland, got something absolutely right when they made this commercial that still moves me to tears the same as it did the day it came out: