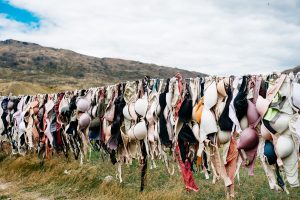 Even more than “Is it going to be a boy, or girl?”, the question of creativity and motherhood came up in conversations during my 9 months of pregnancy and throughout what is now River’s first year of life. In various iterations, people wanted to know: Do the hormones of pregnancy make you feel more creative? Have you been prolific since pregnancy? Can you read or write while nursing? Since he’s been born, are you still writing? Is your prose doing cartwheels?

Before becoming pregnant I had, in fact, heard rumors about wildly inventive women who write entire novels during the 9 months of gestation. I’d heard about women dreaming plot lines. Composing sentences during midnight feedings. But largely, I heard about tension between a mother’s time for deep focus in her art medium, and a mother’s time, well, being a mother.

It’s true that I get interrupted now, more than any other period in my life. And while prolific prose has not been my particular experience, I can say that two things are distinctly different–and advantageous.

One, my sentences in fiction are hungry. They’re breathy. My characters are hellbent on something and even if they don’t know what that thing is yet, the sentences that bring them to life are infused with something intangible and insatiable. If I had to guess, I’d say this is because I’m the one who’s hungry–for time, for grounding in a new process, for whatever this new self is becoming at the desk.

Two, my creative reasoning and desire to innovate has never been greater. I want to solve problems effectively, efficiently, and thoroughly. I want to get the job done the best way possible, where “best” means so much more to me than it ever has before. This clearly has evolutionary roots–if I can solve problems better than others, I (and my baby) will survive. The way that shows up in my 21st Century middle-class life as a solo entrepreneur is by innovating writing programs that are fun, pleasurable, educational, meaningful, and fulfilling. In other words–programs that meet my needs, as well as my participants’ needs. Where do we overlap? Where can my expertise be most beneficial, and most enjoyable? This might not seem like rocket science, but it actually is…or perhaps more like alchemy.

I’ll conclude by sharing a quote and link, from this The Atlantic article about the neurological link between motherhood and creativity:

In 1953, the psychologist Morris Stein defined human creativity as the production of something original and useful. Rex Jung, a neuropsychologist at the University of New Mexico who studies creativity and the brain, takes that definition a few steps further. For an idea to be creative, it must also be surprising, he says. Creativity requires making unusual connections. At its core, Jung said, creativity is original problem solving. This is an evolutionarily derived process that is important to survival. Humans who achieve high creativity usually have endurance and grit, Jung said. Creative people take risks, Jung said. They are bold, and adept at finding new and unusual ways to get tasks done. “In this period of extreme pressure, when mothers are going through massive changes in their bodies, diets, and hormones,” Jung hypothesized, “that is when creativity should emerge as a highly adaptive reasoning process.”