How to Build Your Book’s Right Audience 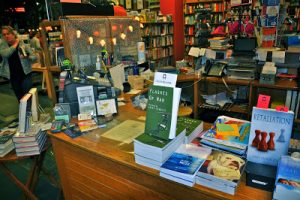 If your book was recently published, you just signed a contract, or you know you’ll be submitting to publishers within the next 12 months, now is the time to think creatively about how to build your book’s right audience. Why? Because when you find your book’s right audience, you sell more books, and when you sell more books, you build your base to support future publications and gain momentum as a writer contributing to the literary world.

This work doesn’t have to be a drag; if it’s a drag, I’d suggest whatever approach you’re using isn’t useful to you. I believe the steps writers need to take during this critical stage can be FUN and authentic. I cannot stress this enough. When you sign up for my Complete Literary Stewardship e-course you’ll be able to download sample letters for setting up interviews and readings which go along way to helping you sell more books. You’ll also have the opportunity to correspond with me via email on key book tour concepts. In the Premium course level we can even work together to create your personalized Stewardship plan. Not sure? Read on for one thing everyone should know when planning a book tour.

I funded my own book tour, which meant I had to think especially hard about where I could afford to go. I received clear advice very early: go where you know you already have an audience.

For Flashes of War, I hired a publicist who handled press leading up to the book launch and one month following release. From there, my book tour manager took over. If someone had told me five years ago that I’d spend $12K on a 52-event tour…that I’d hire people to help me…and that I’d earn that money back in 18 months and keep earning money for years following the book’s release…I wouldn’t have believed them. But I did. And you can, too. You can even do it without leaving your home or spending $12K (if you want to get really inventive–and yep, I’ve got ideas for how that can be done, too). But before I get ahead of myself…

I grew up and went to undergrad and graduate school in the Pacific Northwest. I knew I wanted to be identified as an Oregon and Pacific Northwest author. But I’ve lived in Western North Carolina for 14 years, so I also needed to work to become known as a North Carolina and Appalachian author. These reputations take time to build, but I can’t say enough about actually touring in those places you hold near and dear to your writerly heart. Physical presence and word of mouth in the areas you aspire to build your audience is, hands down, the most enduring way to earn your readers and keep them, which helps sell more books. You won’t make much money selling books at a bookstore, but you’ll build relationships and have experiences that are empowering and pave the way for your future as a writer.

I identified the major cities in the areas of the country that I needed to build my audience, and toured within my budgetary restraints in the surrounding areas. I based out of Portland, Oregon for 3 weeks, traveling as close as 20 minutes by car for  a reading…or driving as far as 350 miles for several more readings…and even one, quick, flight down to California for another event. Having a base kept me sane and gave me time to reconnect with writing friends, deepening my literary connections and planting seeds for the future. I did this same thing in the Midwest, where, because of 7 summers at Interlochen Center for the Arts, I have developed a following. I based out of Chicago and Milwaukee and went as far northwest as Waukesha and as far southeast as Detroit. And here in North Carolina, I used home as a base and, over time, have engaged with many bookstores, book clubs, libraries, and schools.

I learned that if I could combine some of these bookstore events on the road with speaking events at colleges and universities, I could offset expenses. Likewise, by touring in cities I knew, I was able to rely on the good deeds of friends who put me up, loaned me their cars, let me cook in the kitchens and write in their living rooms, and sometimes even took me out to dinner. These kind gestures are what made the tour possible, as I simply couldn’t have taken on the other financial burdens if I were also responsible for funding housing and 100% of my transportation costs.

Of course, at a certain point, it all had to stop. I reached the limits of my budget, I was road weary, and I wanted to get on with the rest of my life. But the book still needs to sell and it still needs press coverage. How did all the math actually add up? Stay tuned for a tell-all article on exactly that, next week.