#embodiment first includes the mind, which is private property and can curate filters that assist with moving forward in life. When did so much of our daily energy start going toward negotiations about devices, purchases, and social apps?

This morning I saw a heron over the North Toe River. I heard the rapids and thought about the snowflakes; how the river will magically swallow them tonight. I saw an angler sheepishly slipping out of his waders behind the open door of his F250. I saw red barberry berries, glowing English ivy, a little white dog.

What I’m trying to say is: when we’re tired, habits take over. Why not curate habits for a happier human existence and healthier planet? Day 1/10 I listened to my body first and it wanted to go into the woods and so I did. Day 2, the urge to turn on my phone before 9am was overwhelming—and unecessary—but I took note to #breakthehabit.

It’s embarassing. I only entered the world of smartphones 6 years ago to sell books using @squareregister on tour. My phone is off every night and mornings typically aren’t a challenge for me. What’s the lure?

When you’re #selfemployed, #TypeA, #Capricorn, and oversee the workings and flow of your family…sometimes you’re tired of #runningtheship. And even if you’re working on running it less, habits die hard. Mindleslly turning to the phone means it becomes the boss, which provides temporary relief—however shallow—that soon turns into a neurchemical cycle. 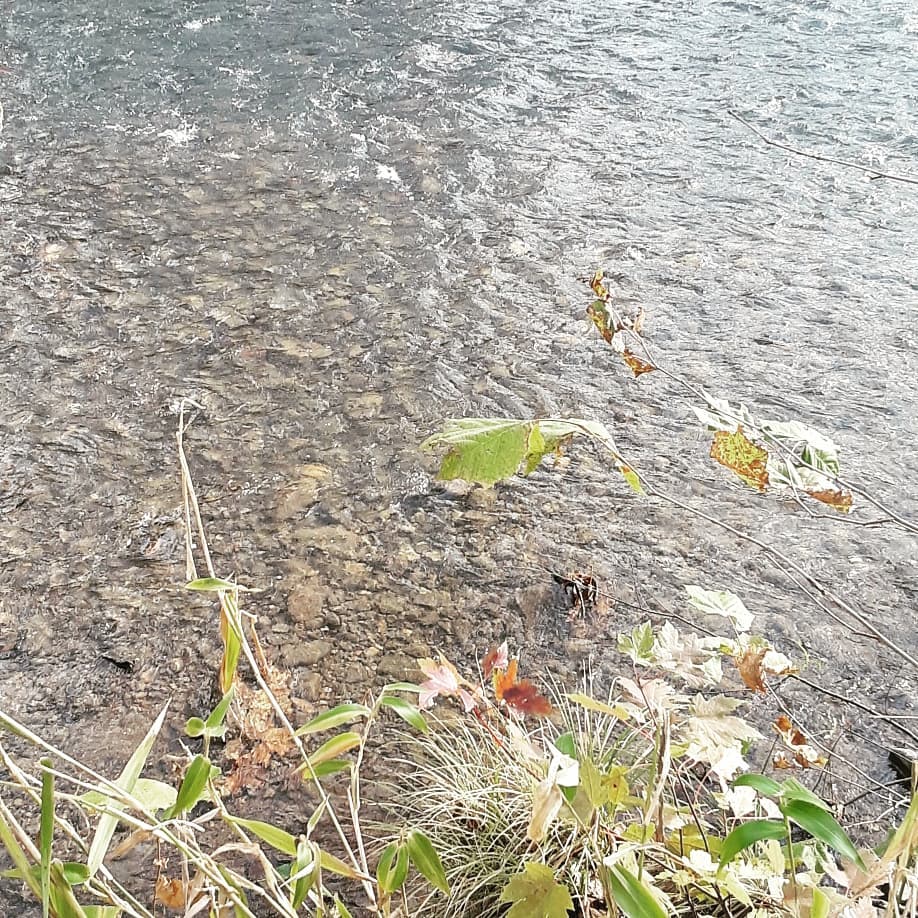 But instead I walked and listened. I visited the gardens of a woman who lives in a stone house by the river. I’ve only seen her once—stooped over a wheelbarrow, humming—but I’ve always imagined her to be a sort of wise witch, nurturing native plants and training vines up her mailbox or calling in the wrens and jays.

She wasn’t out this morning, her garden blanketed in frost, but I entered her world and it only took a few minutes.

A world of new habits; of #devicefreetime until *I* choose; a world where the choice isn’t in “putting the phone away” but “am I ready to pick it up now?”

A world where the mind is free first, so that it can let in the muted light of day and feel how each ray bends into story.